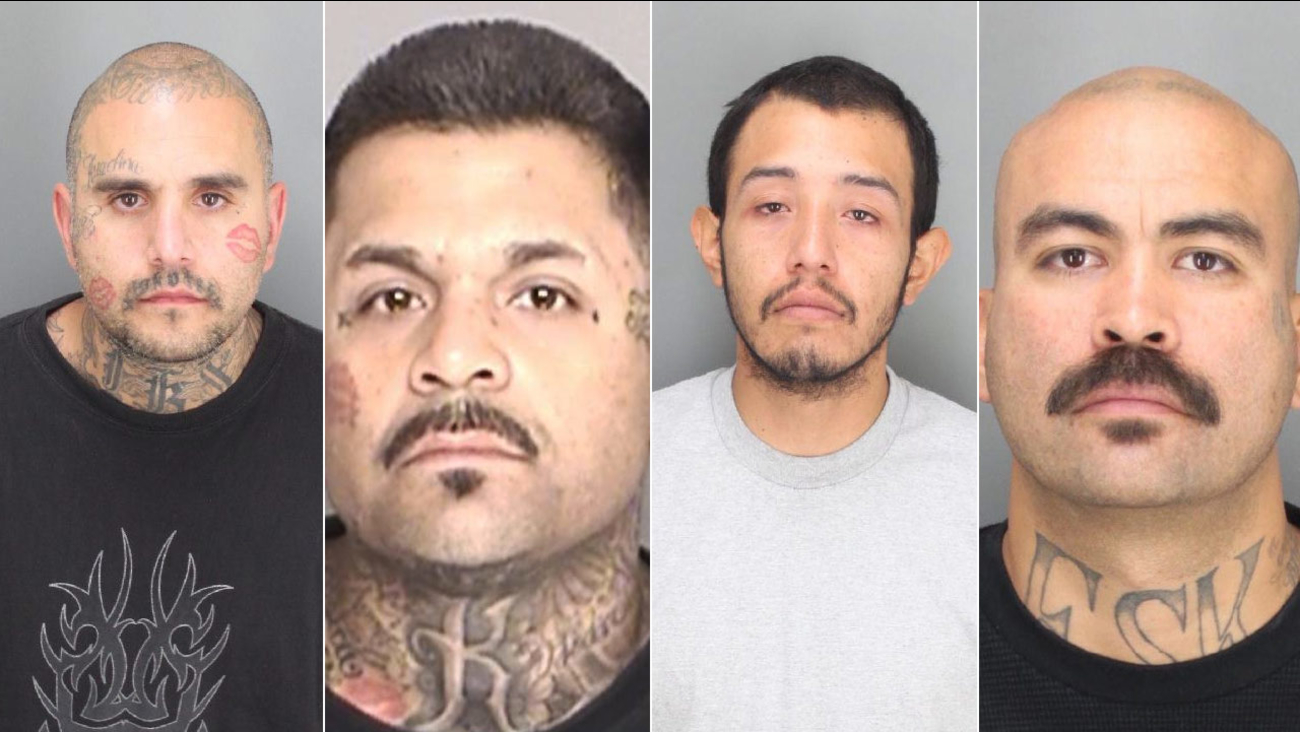 Santa Barbara Police launched an ongoing investigation into Mexican Mafia and Surenos gang members committing crimes in Santa Barbara County after Raymond Macias was arrested for kidnapping, torture and solicitation of extortion in the Lompoc area on June 6, 2013.

The investigation determined that Ybarra, Enriquez, Aguiniga, and Regalado conspired to extort money (known as "collecting taxes") from Santa Barbara County residents on behalf of the Mexican Mafia.

Extortion victims were involved in both legitimate and criminal activities, according to police.

Ruben Jose Regalado Jr. was also arrested for conspiracy to possess methamphetamine for sale for the benefit of a criminal street gang.

Regalado, Ybarra and Enriquez are Santa Barbara-area gang members, and Aguiniga has ties to Lompoc-area gangs, according to police.

All four men were booked into the Santa Barbara County Jail.