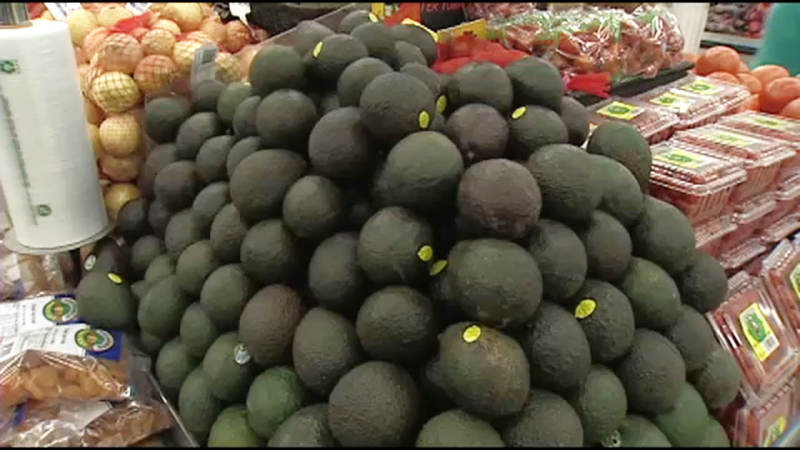 If Mexico border shuts down, US may run out of avocados

A shutdown of the U.S.-Mexico border could trigger an avocado crisis, according to the world's largest grower of the green fruit.

Steve Barnard, the CEO of Mission Produce, told Reuters that if the border is shut down, the U.S. would run out of avocados in about three weeks.

He said Mexico supplies nearly all of our avocados this time of year.

Forbes points out that you may still be able find the green fruit in stores. We also get avocados from Florida and Peru, and the California crop is just starting to show up in stores and will pick up over the summer.

President Donald Trump on Friday threatened to close the nation's southern border, or large sections of it, next week if Mexico does not halt illegal immigration at once.

Such a severe move could hit the economies of both countries, but the president emphasized, "I am not kidding around."