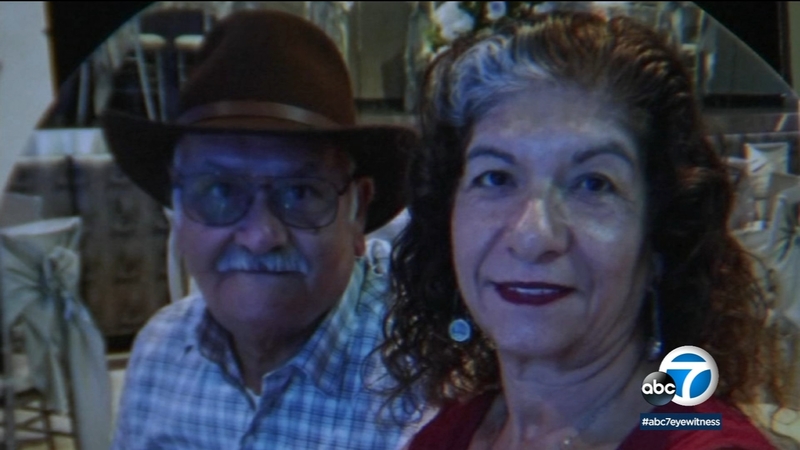 STANTON, Calif. (KABC) -- Nearly three weeks after their disappearance, a funeral service brought some peace to the family of María Lopez and Jesus Lopez Guillen.

"I'm happy that they came home. I'm happy that we can at least celebrate them, and show everybody they were great people" Lopez Rizo said, adding memories of her parents, "She had such a beautiful, loud voice and my dad was always the quiet, strong man behind her."

Mexican authorities said in a press conference Jan. 21 that the Garden Grove couple was murdered.

"My parents were great people. They didn't deserve what happened," Rizo said.

A day earlier, the couple had gone to Tijuana to check on property for which they had not received rent payment. They did not return that same afternoon as expected.

Rizo didn't want to share the details of her parents' homicide investigation.

According to the Attorney General's Office for the State of Baja California, the couple's bodies were among those of three men and two women found on the property in question.

The suspect accused in the murders was the Lopez's son-in-law and Rizo's husband - a man only identified as Santiago N.

When asked whether she suspected Santiago could do something like that, Rizo replied, "No. I would never let my parents go if I ever suspected anything."

Mexican officials said Santiago was deported from the U.S. in 2012 and accused him of taking part in a kidnapping scheme.

When asked whether she thought Santiago was guilty of the accusations against him, Rizo replied, "I mean, I would leave that up to the authorities. They're the ones who has the evidence."

The investigation into the Lopezs' death is ongoing.