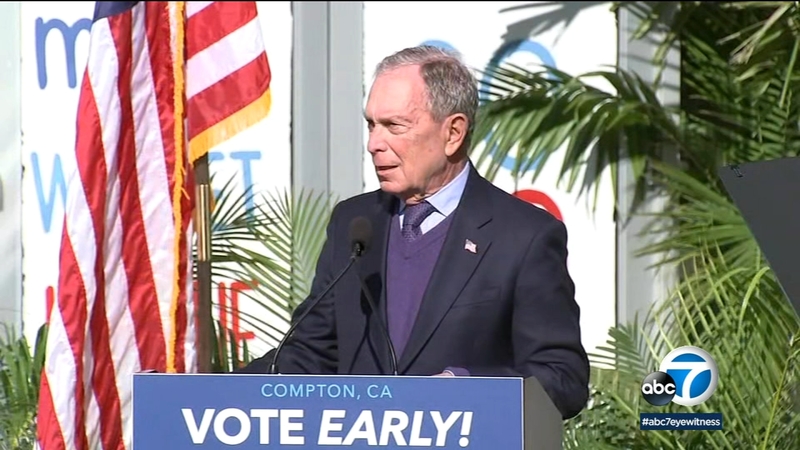 The stop was his last on his California tour and came as other candidates were in Iowa for the caucuses. Bloomberg is not competing in Iowa and is also skipping New Hampshire, Nevada and South Carolina.

Instead, Bloomberg is betting big on California.

The candidate, who is worth $60 billion, poured hundreds of millions of dollars into his own campaign.

Bloomberg read from a teleprompter, had his campaign bus on display filled with surrogates and had a very well-choreographed event in Compton.

Bloomberg has already spent $275 million in ads - more than the top four Democrats in the race have raised combined. He also spent $11 million on a Super Bowl ad.

Bloomberg is rising in the national polls. A Morning Consult poll released Monday had Bloomberg at 14% and in third place, tied with Sen. Elizabeth Warren. Former Vice President Joe Biden was in first place at 28%, followed by Sen. Bernie Sanders at 24%.

Although Bloomberg entered the race late, he's already been to California more than some of the other top candidates who have focused on states like Iowa and New Hampshire.