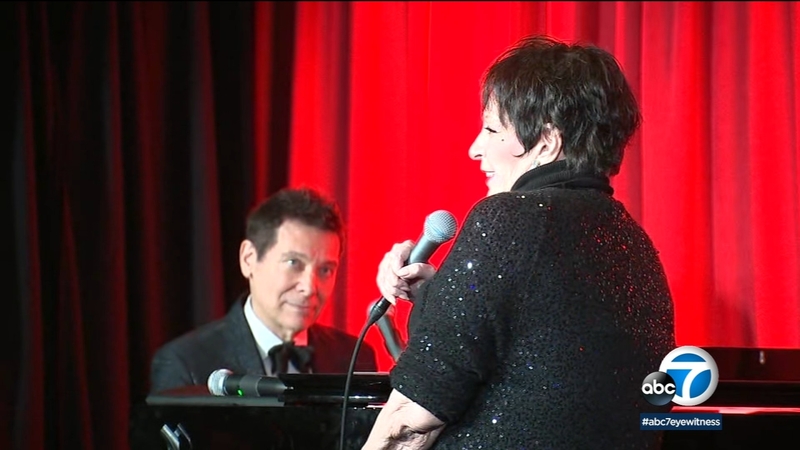 STUDIO CITY (KABC) -- Pasadena pops conductor, and legendary musician Michael Feinstein is launching his first supper club. "Feinstein's at Vitello's" has been redone, renamed and is ready for business!

"I'm here because of Liza," said Feinstein. "She helped me early in my career. She put me on the map, by sharing who I was with other people. She spent a lot of time and energy, even money, to help promote me because she believed in me."

"I can't imagine not being here," said Minnelli. "We were instant friends. I trust him with my life. He's my family."

Minnelli even gave Feinstein permission to create a room in the venue named in her honor. There is definitely a good feeling about having Feinstein's stamp in the San Fernando Valley.

"We know when Michael does something it's going to be first class," said singing couple Marilyn McCoo and Billy Davis Jr.

"I'm a good friend and a fan of Michael's but I'm also a ham," said Dick Van Dyke. "I'll get up on stage anytime. Just show me the lights!"