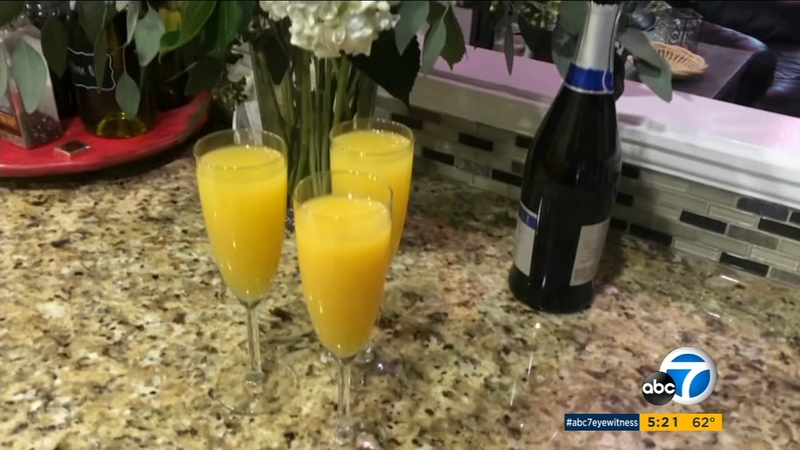 National Mimosa Day celebrated on May 16

LOS ANGELES (CNS) -- A judge on Friday ordered arbitration of a lawsuit brought by a former longtime worker at the downtown Omni Los Angeles hotel who alleges she was fired in 2019 for complaining that the establishment was over-serving alcohol to patrons with a "bottomless mimosas'' promotion, endangering guests and staff alike.

Los Angeles Superior Court Judge Randolph M. Hammock said he based his ruling on an arbitration agreement plaintiff Sandra Cortez signed in April 2016, the most recent of several such documents she signed over the years.

Hammock further noted that although Cortez's lawyers acknowledged she signed an arbitration agreement, they argued it was unenforceable because it was allegedly one-sided and that the hotel could modify it at any time. But the judge said the evidence showed neither assertion was true. He put the lawsuit on hold pending the outcome of the arbitration and set a post-arbitration status conference for Oct. 25, 2021.

Cortez sued June 3, alleging discrimination, harassment, retaliation and various state Labor Code violations by the Omni Los Angeles, one of several hotels in the chain temporarily closed due to the coronavirus pandemic.

Cortez says she was hired by Omni in October 2000 and rose from a server to a leadership position in which she trained many employees. The 43-year-old plaintiff immigrated to the U.S. from El Salvador in 1983 and has worked hard to build a life here for both herself and her family, according to her court papers.

"However, plaintiff's dreams were crushed when (Omni's) multinational hotel conglomerate, with an estimated annual revenue of $2 billion, unlawfully discharged her after 19 years of devoted employment,'' the suit alleges.

During the six months before Cortez's firing, she complained about the over-serving of alcohol to guests during weekend brunches at the Olive Street hotel and the inherent risks caused by dangerously inebriated guests, the suit alleges.

According to the suit, the hotel's website said it "doesn't disappoint with ... free-flowing bottomless mimosas,'' a cocktail composed of champagne and chilled citrus juice.

Cortez frequently complained about the issue at Omni's monthly staff meetings, but her concerns were ignored in pursuit of the generous profits brought in by the bottomless mimosa promotion,'' according to the complaint. "Stated otherwise, as usual, the almighty dollar prevailed over the health and safety of hard-working employees."

The well-advertised "booze-fest'' and the "heavy inebriation that naturally came therewith'' resulted in many guests getting drunk every weekend, according to the suit, which says some became violent, causing property damage and scaring Cortez and other staff members.

Some drunken guests "made a mess of the bathrooms, the lobby and outside the hotel,'' according to the suit, which says two intoxicated women taking advantage of the "bottomless mimosas'' promotion broke a vase and one of them urinated in the lobby.
Report a correction or typo
Related topics:
businessdowntown lalos angeleslos angeles countyhotellawsuitdrinkingalcoholcocktail
Copyright © 2022 by City News Service, Inc. All Rights Reserved.
TOP STORIES
3 deaths reported after Amtrak train traveling from LA derails
At least 46 bodies found in 18-wheeler in San Antonio
LAPD breaks up multiple street-racing takeovers this weekend
Abortion protections to be on California ballot in fall
Cache of illegal fireworks found in Azusa home leads to evacuations
Tax refunds for CA: Here's what's included in new relief package
'Only Murders in the Building' sees everyone as suspect in season 2
Show More
Teen girls learn firefighting skills during OCFA empowerment camp
SoCal fishermen snag massive tuna off El Segundo coast
SoCal fire officials strongly condemn fireworks use on 4th of July
3 people critically injured after bus strikes semi-truck near LAX
10-year-old brothers save dad from drowning in Alabama
More TOP STORIES News