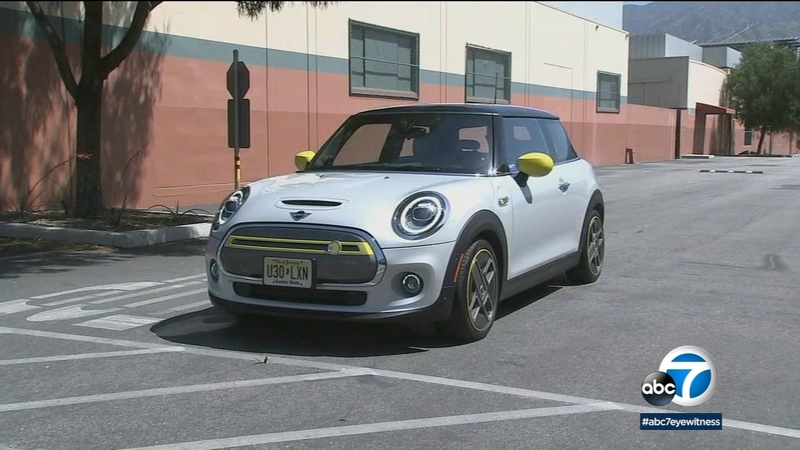 You might find this new car's shape instantly familiar as the modern Mini Cooper, but it is a little different, as it runs purely on electricity.

It's the new Mini SE, an all-electric plug-in version of the conventional Mini Cooper. Somewhat easy to spot via clever emblems that look like a power plug combined with the letter E, the Mini SE is the brand's first EV available to the general public for purchase.

Yes, there's a footnote there. Back in 2009 they briefly offered a model called the Mini E for lease to a relative handful of customers. A test bed if you will, early in the days of electric cars for consumers. If you could even get one, its downsides were many. The lease price was like that of a luxury car, range wasn't great, and there was no back seat. That space was needed for the huge battery pack.

No such issues with the new 2020 Mini SE. It has a back seat, though not a huge one. Pretty much anyone can get one, and it's one of the most affordable EVs in showrooms today. As for range? Well, that number won't top any comparison charts.

But the people at Mini say that the range is plenty for a car like this. The Cooper has always been aimed more at city dwellers than rural types, and the vast majority of city dwellers never drive anywhere close to 100 miles in a day. And if you do, the Mini SE is able to take a quick charge from the growing number of stations, often located in shopping centers. You can stop for lunch or coffee, and give your car a pick-me-up of its own.

Adding a bigger battery would have increased the price, and might have taken away interior space, so Mini stuck with a reasonable range. The car is actually ideal for city living. It squirts around in traffic, and can park in the most compact of compact spaces. Urban techies should like the futuristic instrumentation and app functionality too.

And if you live in California, tax incentives can knock the price down closer to $20,000. With that, and emissions-free driving, Mini says that makes this an ideal second car in a two-car household as well.