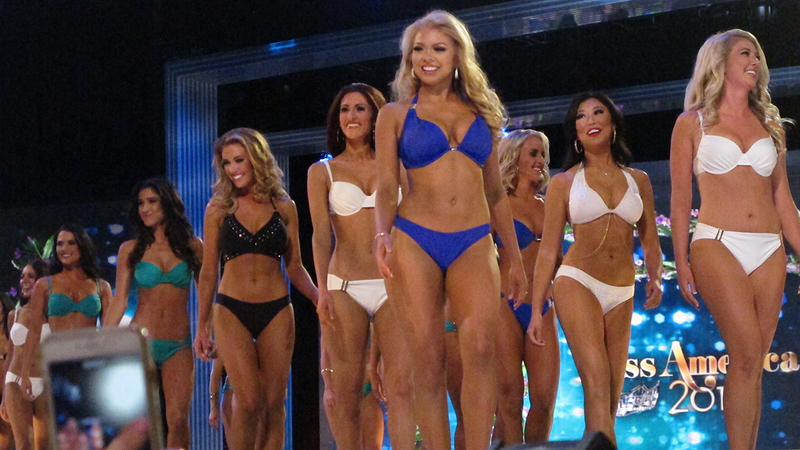 Miss America has decided to cut its swimsuit competition, adding that it will no longer judge contestants based on their physical appearance.

"We are no longer a pageant," Gretchen Carlson, the chair of the Board of Trustees for the Miss America Organization, said Tuesday morning on Good Morning America. "We are a competition."

The sweeping changes to the competition come after the #MeToo movement and aim to help the organization be more inclusive and empowering for all women, ABC News reports.

Branding the competition on "Miss America 2.0," Carlson hopes it will resonate with more young people.

TUNE IN ALERT- Tuesday, June 5, 2018, @ABCNetwork @GMA at 7:30 AM ET to see @MissAmericaOrg Board of Trustees Chair @GretchenCarlson. Gretchen will be making announcements about the 2019 Miss America Competition which will air live on ABC on September 9, 2018. #MissAmerica pic.twitter.com/1bPD1iu5HT

Rather than strut their stuff, the women will be asked to provide their passion.

In a live session with the judges, the contestants from all 50 states and the District of Columbia will be asked to demonstrate their passion, intelligence, and an overall understanding of the job of Miss America.


Taking women's empowerment one step further, the organization is also getting rid of the evening gown portion.

Instead, hopeful queens will be asked to wear what makes them feel confident, expresses their personal style, and shows how they hope to advance the role of Miss America.

"We're no longer judging women when they come out in their chosen attire, their evening wear, whatever they chose to do it's going to be what comes out of their mouth that we're interested in when they talk about their social impact initiative," Carlson said.

The radical changed stemmed from a controversy earlier this year when internal emails were released from the group's former CEO Sam Haskell.

In the leaked emails, Haskell and others insulted the appearance, intellect, and personal lives of former pageant winners, including Carlson.

The former Miss America has more recently been an outspoken advocate for victims of sexual harassment and a champion of the #MeToo movement.

And Carlson hopes contestants bring their own passion to the competition this year.

"We want to be inclusive to women who may not feel comfortable participating in our program before, but look, we have always had talent and scholarship, and we need to message that part of the program better as well but now we're adding in this new category where we're not going to judge you on your outward appearance because we're interested in what makes you, you."