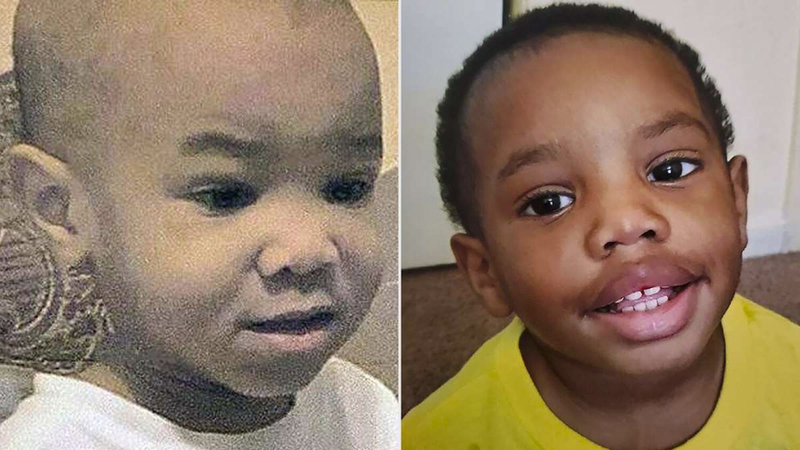 BAKERSFIELD, Calif. (KABC) -- A man is speaking out and pleading for justice for his two young children who investigators believe were murdered by their adoptive parents in Kern County's California City.

Charles Pettus is the biological father of Orrin West, 4, and Orson West, 3, whose birth names were Cinsere and Classic Pettus.

Pettus says it's been tormenting having to find out what happened to his children.

"I just want justice for my kids, and you know what these people did to me and the torment that I had to go through to find out what was going on with my kids," Pettus said Thursday.

The boys' biological family would like the children to be known by their birth names instead of the names given to them by their adoptive parents.

The adoptive parents, Trezell West, 35, and Jacqueline West, 32, entered pleas in a Bakersfield courtroom Thursday to two counts of second-degree murder, two felony counts of willful cruelty to a child and a misdemeanor charge of making a false report of an emergency. They could face 30 years to life in prison if convicted.
EMBED More News Videos

Kern County District Attorney Cynthia Zimmer provides an update on the arrest of Trezell and Jacqueline West for the murder of their adopted sons Orrin and Orson West.

They were ordered held without bail, with the judge calling them "a significant and substantial risk to public safety."

"Just knowing that they are handcuffed and they aren't leaving is a blessing," Rosanna Willis, a cousin to the missing boys, told KERO-TV. "I could finally get some sleep now, you know, knowing they're not out just running. So it's a lot of relief on our family."

The Wests were indicted by a grand jury and arrested Tuesday night. Their trial is tentatively set for May 23.

The boys were reported missing from their family's backyard in the desert town of California City on Dec. 21, 2020. A huge search by law enforcement agencies and community members failed to find them.

In announcing their arrests, Kern County District Attorney Cynthia Zimmer said investigators believe the boys died three months before the parents reported them missing but she declined to provide details until the trial.

The bodies of the children haven't been found.

The family has four other children, two of them also adopted, and all are in protective custody.

The missing boys lived with the Wests since 2018. The couple fostered them and then officially adopted them in 2019.

The family previously lived in Bakersfield, about 60 miles west of California City. Zimmer previously said that a week after the boys were reported missing "crucial information came to light" that brought in the involvement of police in Bakersfield.