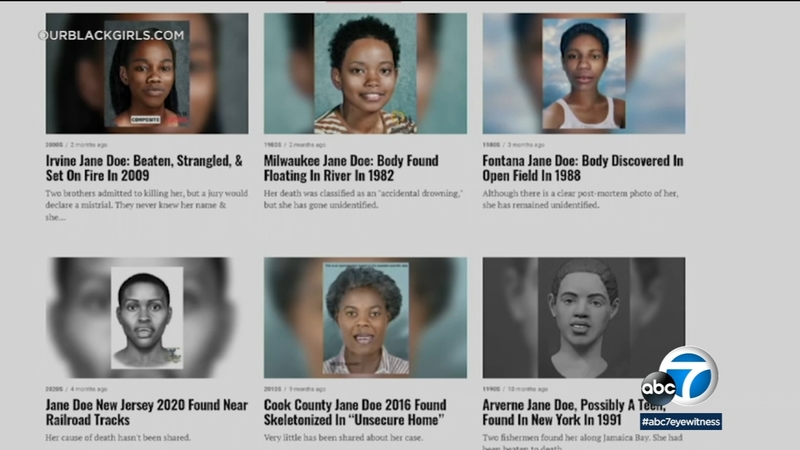 SoCal woman shines spotlight on crimes against women of color

The search for her boyfriend, Brian Laundrie, is still filling the airwaves.

But it's also prompting many to wonder why the stories of missing and murdered women of color don't receive as much airtime.

Isha Miller was 9 years old when her mother, Myrtle Ann Hudson, dropped her off at school and disappeared. That same day Miller's 18-year-old sister, Willette, was found strangled and hog-tied in the garage.

For years, Miller said, police wanted to pin the crimes on her father.

"In the beginning it was very difficult to get anybody's attention," Miller said. "But nothing could link him to it. So because they couldn't get him, it seemed as if it went unnoticed."

It wasn't until 22 years later that cold-case detectives linked the evidence in the case to a prison inmate named Tommy Lee Stewart, who later confessed to killing her mother and sister, Miller said.

But she blames law enforcement and the media for the delay.

"We're left to believe that our life or our families' lives matter less because it's not on the news, not as extensively as they do Caucasian women," Miller said.

One local woman has been working to change that.

Since 2018, Erika Marie Rivers, a journalist turned activist, has been telling the stories of forgotten, missing and murdered Black and brown women on social media and a website she created called Our Black Girls. She's produced 499 stories so far.

"I just started to write about missing and murdered Black women within America. I tried to find as much information as possible about who they were, what they liked, what their family was like. I really wanted to paint a fuller picture of these women as people," Rivers said.

What started as a curiosity developed into a true-crime storytelling passion, she said.

"It became a place for people, to not only share in the tragedy of what could happen but to also remember who these women were as people," Rivers said.

That's what happened with Miller. She was searching for information on her mother's killer when she discovered Rivers' post about her mother and sister.

"I was shocked because I was like that's my mom, that's my story," Miller said.

"I think Erika is doing an amazing job, and the passion for giving a voice to families like ours."

As promising as Erika's work is, Miller says, the problem persists and it will take more than one person to right this wrong.

"The families are going to the police, we are saying hey listen to us, we are writing to media outlets but nobody puts us on the front page," Miller said.