'Mixed-ish' star Christina Anthony is proud of her family legacy; her grandmother is part of the Smithsonian

"Mixed-ish" star Christina Anthony says Black history is everyone's history. And while she makes her own mark in comedy, she is ever aware of the mark her grandmother made.
OTRC
By George Pennacchio 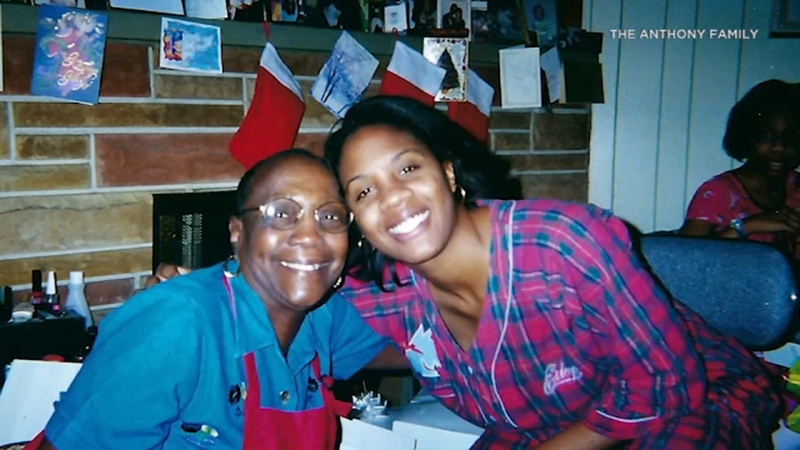 One of the stars of the ABC series "Mixed-ish" grew up not knowing her grandmother once made history. Ernestine Weddle may have been known for her sweet potato pie, but the mother of six and wife of 62 years had a moment in her life that took her talent all the way to the Smithsonian.

Christina Anthony's pursuit of a career in comedy has certainly paid off. The Second City alum is one of the stars of "Mixed-ish."

"She's a very hip woman. She's bold in her Blackness. She's just a real character," said Anthony. "There are times I feel myself, I'm like, 'Oh my gosh, this is definitely something Ernestine Weddle would do."

Ernestine was her late grandmother. One of her proudest accomplishments: participating in a program about folk life at the famed Smithsonian Institution.

"That the Smithsonian, in the late '70s, was trying to capture Black American home remedies, folklore, music, songs, dances, all kinds of culture arts--and it's just so amazing to have, like, that as part of your family history," said Anthony.

Anthony even shared that she uses some of her grandmother's remedies today!

"So if you have a cut or an infection, you can have this one: Grab a bottle of hot sauce, it's just as good as any alcohol or antiseptic. And it can clean out the wound," said Anthony.

Anthony says there was a time in history Black Americans needed to learn how to take care of themselves--from midwifery for births...to embalming for deaths.

"I mean, all of these transitions kind of happened in the Black home because we were not given access to health care and medical care in the way that white Americans were. So it was really born out of necessity," said Anthony.

Anthony says Black history is everyone's history. And while she makes her own mark in comedy, she is ever aware of the mark her grandmother made; not only at a museum, but in life and in her community.

"She was the most popular woman in her neighborhood. To her credit, when my grandmother passed in 2012, she was given an officer's funeral by the state troopers of Indiana," said Anthony. "And she was not a member of the police department. She worked for the phone company!"

'The training wheels are off and we found our stride;' Mark Paul Gosselaar, Tika Sumpter are still stuck in the 80's and return for more family fun with season 2 of "Mixed-ish."