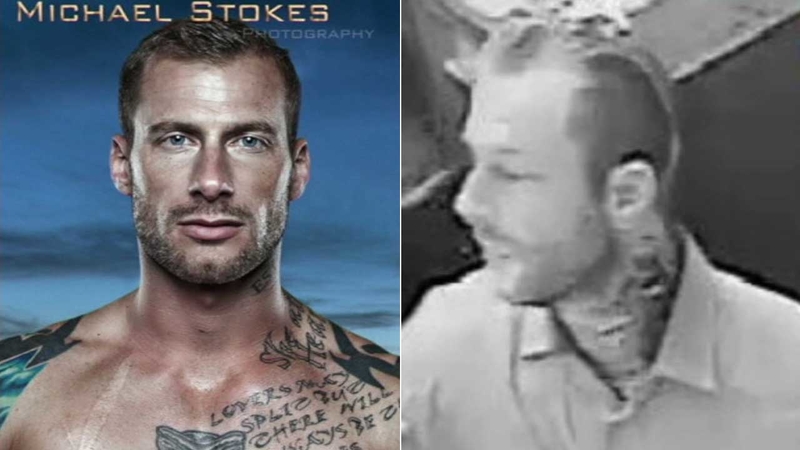 SAN DIEGO, Calif. (KABC) -- A fitness model known for heating up Instagram with racy, nude photos was arrested in San Diego in connection to bank robberies in Connecticut.

Aspiring model David Byers experimented with many looks - posing as a cowboy in one shot and a bad biker in another - all with a model smirk.

Stokes took many pictures of the 34-year-old. The two got to know each other during multiday shoots.

"He texted me Tuesday last week and said everything was great. He said he moved to New York, life is good," Stokes said.

But a life Byers calls good - police called criminal. Instead of a professional photographer, it was a surveillance camera that captured photos of Byers inside a bank.

While on the East Coast, Byers made his way to Greenwich, Connecticut, robbing the same bank on back-to-back days and also holding up a gas station, investigators said.

Police said Byers led officers on a chase, bailed out of his car and ran across traffic. Officers searched on the ground and in the air but couldn't find him.

That was until Thursday night. Authorities found him nearly 3,000 miles away in San Diego. His distinctive neck tattoo helped lead to the arrest.

Stokes, who only knows the model side of Byers, couldn't believe it's the same guy.

"Nice guy, I mean, I'm surprised by all this," Stokes said. "David has never struck me as a violent person."