Body discovered over the weekend is not Mollie Tibbetts, authorities say

ABC News has the latest on the search for missing Iowa college student Mollie Tibbetts.

Lee County, Iowa -- Authorities determined that the body of a woman that was found in Iowa is not Mollie Tibbetts.

The body was discovered on Sunday in Lee County, about 100 miles way from Brooklyn, Iowa, where Tibbetts was last seen. The Lee County Sheriff's Office said that the body was a white female in her early to mid-20s.

Authorities later identified the woman who died. They are not releasing her identity, but they said she is not Tibbetts, KCRG reports.

Tibbetts has not been seen since she went for a run on the evening of July 18. Her family reported her missing on July 19 and has been pleading with the public to send in tips ever since. They said they think someone took Mollie, and they set up a reward fund in hopes of bringing her home.

One of the people authorities have questioned is 56-year-old Wayne Cheney. Cheney, who lives about 500 yards from a pig farm that authorities have searched in connection to the case, has been convicted for stalking and harassment in the past.

Cheney said he has never met anyone in the Tibbetts family and that he is not a person of interest in this case.

Send in any tips to tips@poweshiekcosheriff.com or call 800-452-1111 or 515-223-1400. Authorities urged anyone with tips who is not in the Brooklyn, Iowa, area to contact local law enforcement in order to speed up the process. 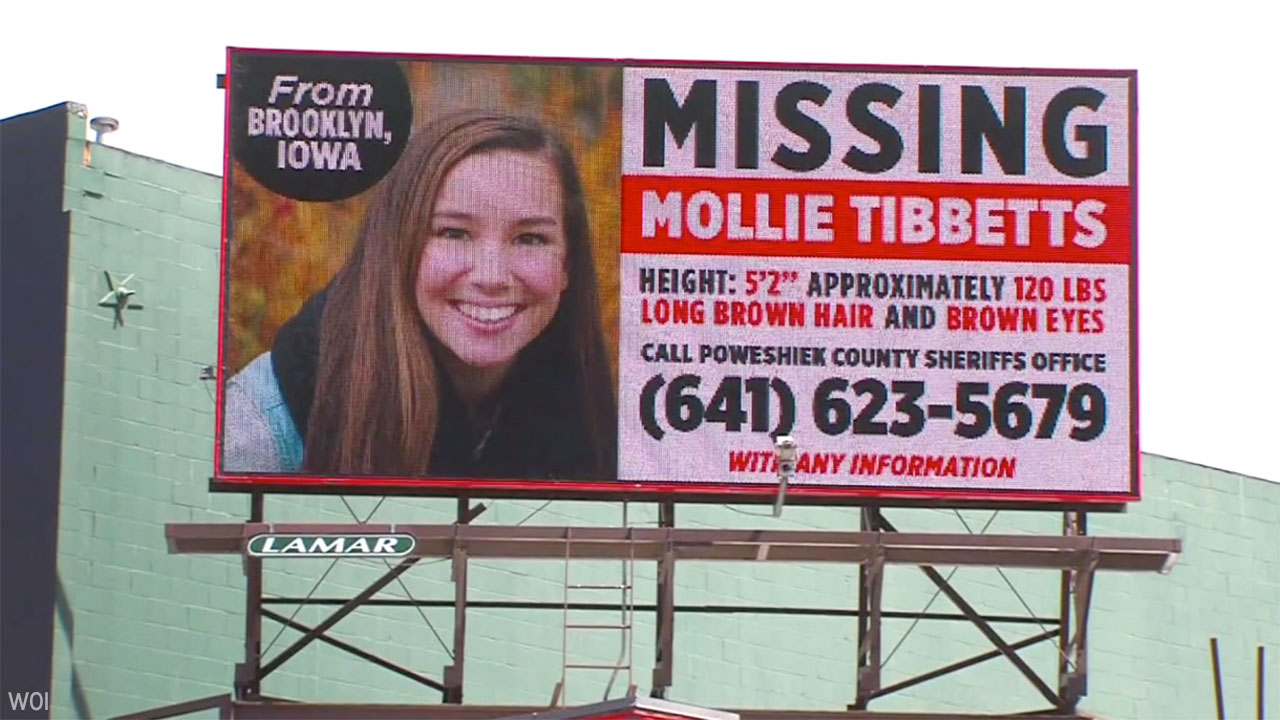