Mom's confession to killing daughter, 5, in Ohio: 'I just killed her and then she died' 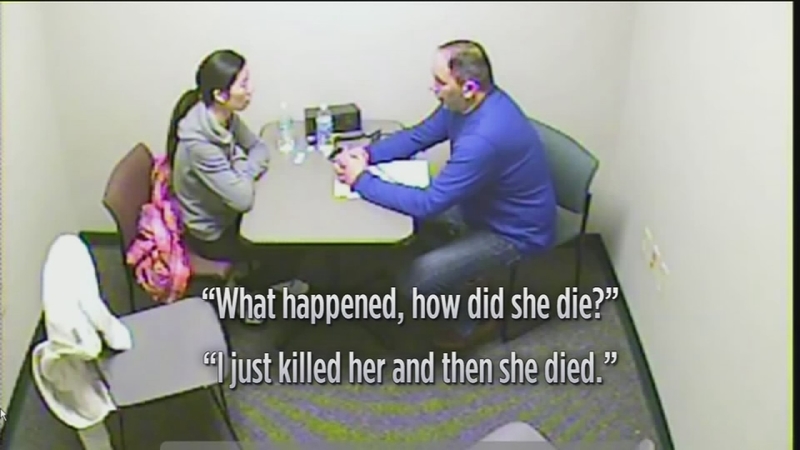 CANTON, Ohio -- Authorities have released the videotaped confession of a woman convicted of killing her 5-year-old daughter, who was later found hidden in the family's Ohio restaurant.

On the video, WJW reports Ming Ming Chen reveals how she killed her daughter, Ashley Zhao, and why.

"What happened? How did she die?" The detective can be heard asking Chen on the tape after her repeated denials of any involvement.

"I just killed her and then she died," Chen said, showing no emotion. When asked if she hit her daughter, Chen responded: "Yes. Use your hand to do that, OK."

Chen also told police that she asked her husband to get rid of the body, which he then hid inside the restaurant.

"I told my husband to take care of it," Chen told the detective.

When pressed more on why she beat her daughter to death, Chen said she had been overwhelmed by work.

"I need to take care of everything from the restaurant. I only have two hands. I'm not four hands girl, I'm two hands. I don't want to do that to Ashley, but you can't control yourself sometimes," Chen said.

Chen was sentenced last month to 22 years in prison after pleading guilty to involuntary manslaughter and other charges. She had been charged with murder, but Stark County prosecutors changed that to involuntary manslaughter under a plea deal. Chen, 30, also pleaded guilty to evidence-tampering, corpse abuse, child endangerment and obstructing justice.

The body of her daughter, Ashley Zhao, was found hidden in the family's North Canton restaurant after the child was reported missing last January. Authorities said that Chen repeatedly hit the girl and that Chen's husband tried to revive her before helping to hide the body.

County prosecutor John Ferrero said evidence and interviews in the case indicate Chen didn't plan or intend to kill her daughter and that it was a tragedy "committed in a fit of anger by a mother who had never bonded with her child."

Defense attorney Richard Drucker disagreed with that characterization, saying that Chen is apologetic and takes responsibility for her actions, but that if the case had gone to trial, they would have argued that Chen's husband was violent toward both the girl and Chen and that he also bore responsibility in the death.

Chen's husband, Liang Zhao, earlier pleaded guilty to charges including obstructing justice and corpse abuse and agreed to testify against his wife. A murder charge against him was dropped. His attorney previously said Zhao maintained his innocence in the child's death.

It was a sad situation for Chen, who came to the U.S. illegally from China as a teenager in search of a better life, started a family with an American citizen who also was Chinese and ended up in a violent household, Drucker said.

"I don't think she's a monster," Drucker said. "I think she was a woman that made very poor choices in her life at the time."

Because she was in the U.S. illegally, authorities say Chen is expected to be deported to China after serving her sentence.

Court records referred to her as Mingming Chen, though lawyers in the case now spell her name as three words instead of two.