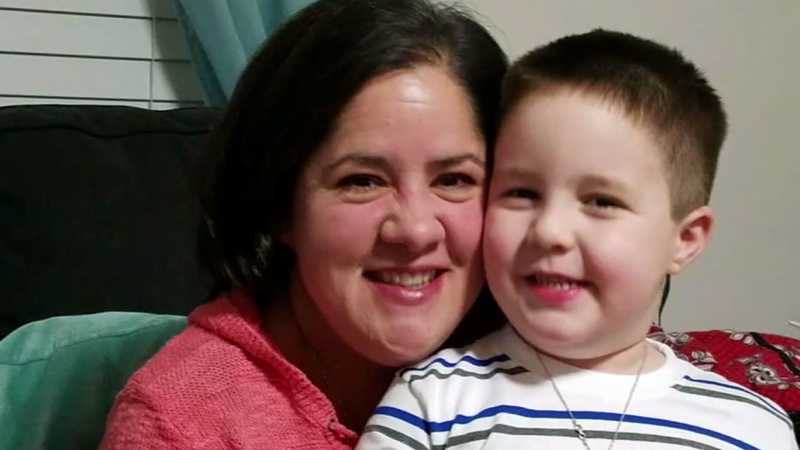 LOS ANGELES (KABC) -- The mother of a 5-year-old South Pasadena boy, who was murdered by his father, spoke exclusively with Eyewitness News, revealing details about what she's going through and her last moments with her son.

Andressian Sr. would end up becoming a suspect in her son's case.

We now know that he killed his son. The confession came after months of agony for Ana, who spoke during her child's funeral and at Andressian Sr.'s sentencing hearing.

During her interview, it's clear Ana is still deeply grieving. But she was willing to talk about her horrifying ordeal and the scars it left.

It's impossible to mask the pain. Part of the heartbreak is knowing that the murderer is her son's father. When asked what he was like, she said Andressian Sr. was a "good liar."

He worked long days for ITT, from the morning hours until midnight for six days a week.

"He asked me to be very understanding of his schedule because he was working really hard and wanted to create a better life for our family," she said.

But even that, Ana found out, was a lie. A simple phone call to ITT revealed the truth.

"I just wanted to make sure that Ara had made it to work safely, and when I spoke with the campus director he initially - when I said (Ara's) name, he said 'who?'" she said.

For more than four years, he pretended to have a job. Ana said she was speechless and did not know what to think of the revelation.

But her anger goes beyond her husband. She also blames the courts and Department of Children and Family Services. During a bitter divorce, she made multiple attempts to show them evidence that Andressian Sr. was a liar and dangerous.

"The week before my son was murdered I told that evaluator I wanted sole custody with supervised visits because I was afraid Ara was going to do something. She completely ignored it, and now my son is dead," she said.

Piqui was her only child. After five miscarriages, hormone shots, blood thinners, terrible labor followed by 11 days in the hospital, Ana had her little miracle.

"So when I say he is everything, or he was everything to me - he was," she said.

Video captured by a camera mounted in Ana's car captured the last time she and her son hugged. Andressian Sr. can be seen pacing in the background as Piqui hugs his mother, telling her he didn't want to go.

Now, Ana has her son's urn in one of his old backpacks.

"When I go places like to the beach, a place where he loved, I take him with me," she said.

She describes Piqui as a loving, kind little boy with a huge imagination. He was gifted, and she knew that from experience.

"I was a principal for five years. I would take my son with me to work sometimes," she said. "He would tell everybody, people that he met for the first time, 'My mom was a principal.' He was just so proud of me being a principal. But I don't think I have it in me right now to do that."