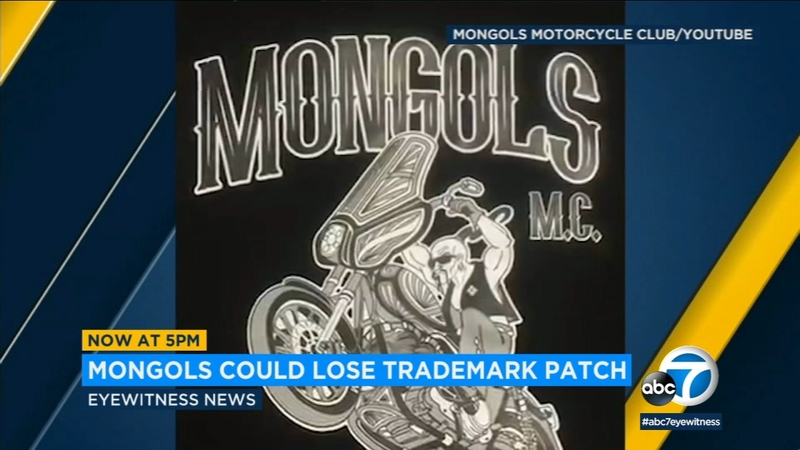 A caricature is at the center of a federal prosecution against the Mongol biker club.

It is a muscled Genghis Khan-like figure on a chopper, part of a set of patches which members say display their brotherhood with other members.

A jury recently convicted the organization on racketeering and conspiracy charges.

Now that same jury must decide if there is a link between the patches and the racketeering acts. If so, the Mongols must give up what is called their collective membership marks, their patches. The forfeiture would be a penalty for outlaw activity.

The Mongols did not speak to the media Tuesday while the case was in trial, but days ago they described to Eyewitness News the significance of the badges.

"It means everything to us. This is a lifestyle, a culture and a way of life," said David Santillan, national president of the Mongols Motorcycle Club.

The Mongols say that the criminal convictions sprang from acts committed a decade ago, under the leadership of a president that the Mongols kicked out themselves .

"If it wasn't sad it would be funny, these things have nothing to do with alleged racketeering," lead Mongols attorney Joe Yanny told the jury.

Retired ATF undercover agent Darrin Kozlowski testified that members were allowed to buy patches or had them awarded according to what they carried out for the club.

Prosecutor Steve Welk told the jury that the marks serve as a unifying symbol for an organization that deals drugs, intimidates, engages in violence and even commits murder.

The Mongols say the racketeering acts and other offenses were committed by bad apples, not the entire membership.