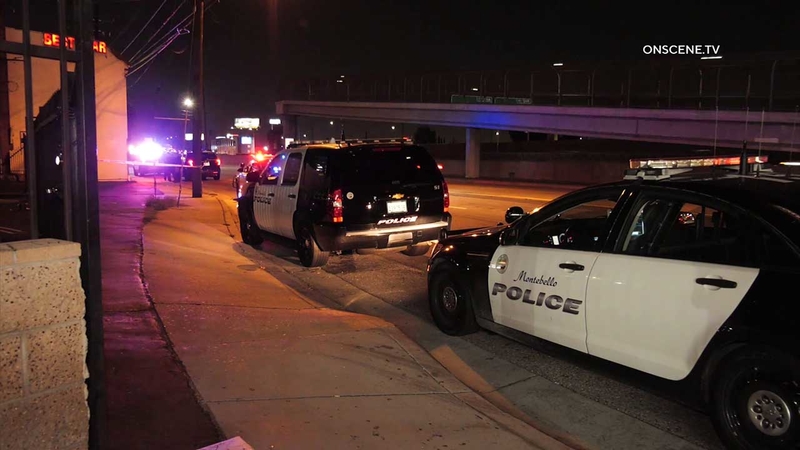 MONTEBELLO, Calif. (KABC) -- An innocent man was struck by stray gunfire and critically wounded during a car-to-car shootout between two other men Friday evening in Montebello, authorities said.

The victim was shot about 10:15 p.m. while walking on the sidewalk outside the Best Star Inn in the 7500 block of Telegraph Road, a spokesperson for the Montebello Police Department said.

The gunmen fled the scene after the incident, according to investigators. Whether either one of them was wounded was unknown.

The injured man was rushed to a hospital, where he was listed in critical but stable condition, authorities said.