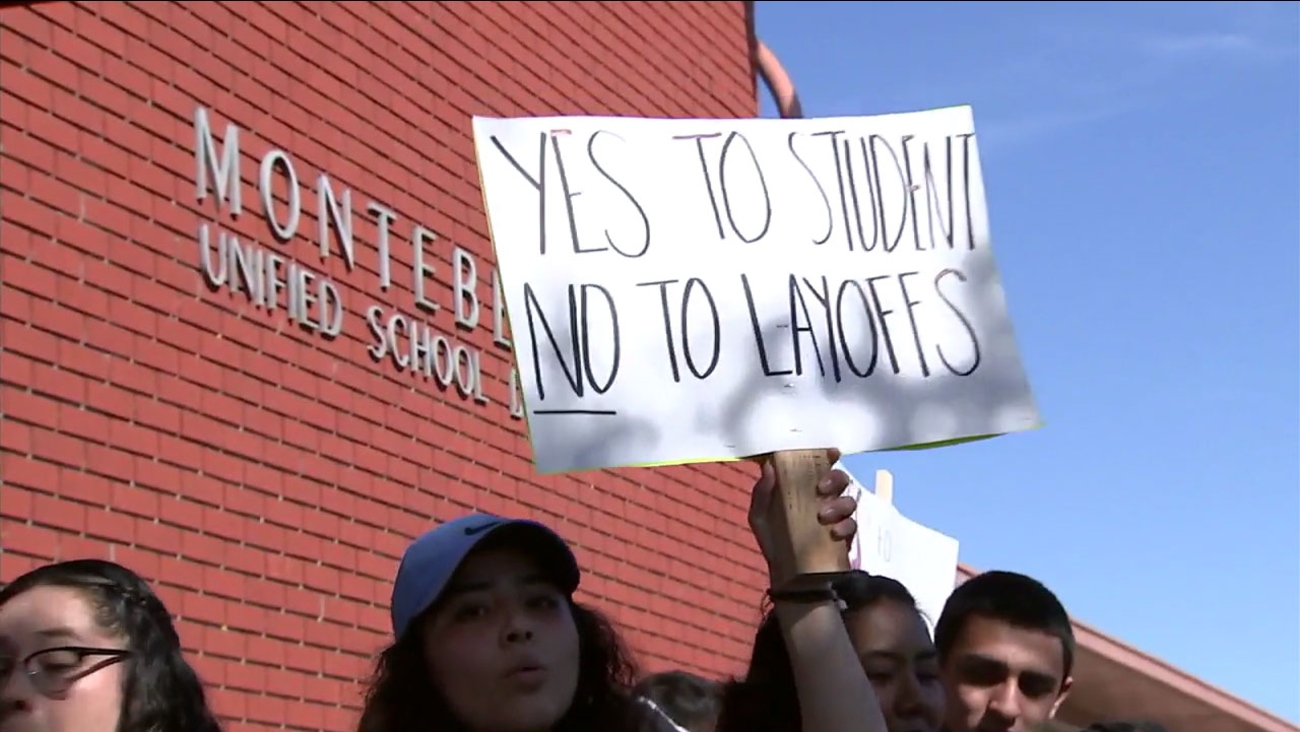 A student protesting the Montebello Unified School District is shown in a file photo. (KABC)

MONTEBELLO, Calif. (KABC) -- The Montebello Unified School District announced Thursday that it would be rescinding 100 pink slips for teachers that remained as part of a layoff process resulting from a $17 million budget cut.

In early March, students and parents protested the financially troubled institution because it had planned to lay off 468 employees - most of whom are teachers. But then on March 14, the board chose to eliminate only 333 positions, which included teachers, administrators and school maintenance staff.

Not long after that decision, students again walked out of class and marched to the district office to protest the potential firings.

The district then gave its interim superintendent the authority to rescind any of those 333 layoff notices. Of those notices, 233 were rescinded in late March.

On Friday, the district then rescinded the remaining 100 pink slips that would have been issued to teachers. The district also said in a press release that the teachers who were not impacted by the first round of notices would be offered employment.

"Our teachers continue to do an outstanding job in the classroom every day when it comes to providing our students with a quality education and I commend them for that dedication," said MUSD Board President Dr Lani Cupchoy. "They need to know that from the onset, this district was looking for ways to keep them on the job. We want to ensure that we are working to keep every teacher in the classroom and every support staff member employed."

On March 31, the district fired its embattled chief business officer, Ruben Rojas, after it had been revealed that he fabricated most of his employment history on his resume. Protests for the layoffs also included claims of corruption among the district because of the hiring of Rojas.