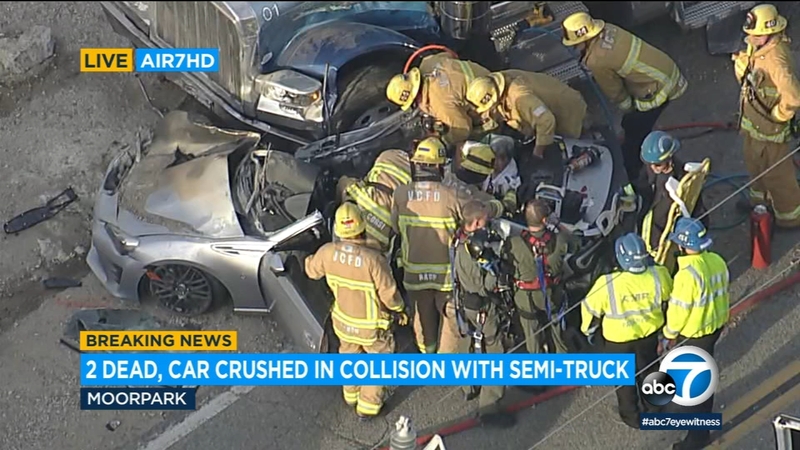 MOORPARK, Calif. (KABC) -- Two people were killed and two others were injured in a two-vehicle crash involving a semi-truck in Moorpark Monday afternoon, officials said.

Footage showed a gray-colored sedan crushed by the semi-truck as Ventura County firefighters attempted to extract a victim from the backseat of the car.

AIR7 HD was over the scene shortly before 4 p.m. in the 5800 block of Grimes Canyon Road.

Grimes Canyon Road was expected to be shut down for several hours due to the crash.

It was unclear how the crash occurred, but it appeared the gray car slammed into the front of the semi-truck.

The names of the victims killed were not immediately released. Officials did not provide further details into the conditions of the surviving victims.