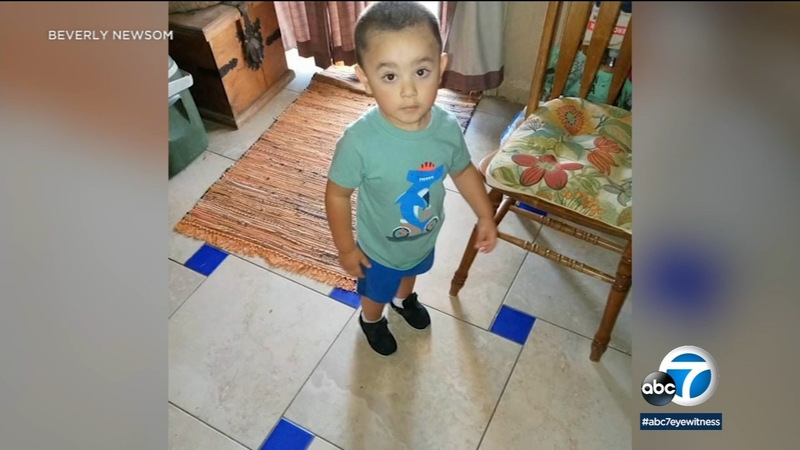 MORENO VALLEY, Calif. (KABC) -- Family members and neighbors gathered Tuesday for an emotional candlelight vigil in Moreno Valley, where they remembered a 1-year-old boy who was killed days earlier in a devastating house fire.

Joshua Cabrera's grandmother, father and stepmother -- who is eight months pregnant -- remain hospitalized after being critically injured in the blaze.

Joshua died early Sunday morning after flames tore through his family's home. Riverside County sheriff's deputies were first to arrive at the scene and were able to rescue to the three injured adults, who suffered severe burns.

"He just was a beautiful soul," Joshua's other grandmother, Beverly Newsom, said as dozens of candles at the vigil flickered nearby. Family members comforted they boy's distraught mother at the memorial.

The boy's grandfather, Caesar Corvera, said: "All we ask is prayers -- prayers for the baby we lost and their parents left behind."

Jousha would have turned 2 on Halloween. A GoFundMe page has been created to help with his funeral expenses.

A child was killed and several family members were severely injured in a Moreno Valley house fire early Sunday.