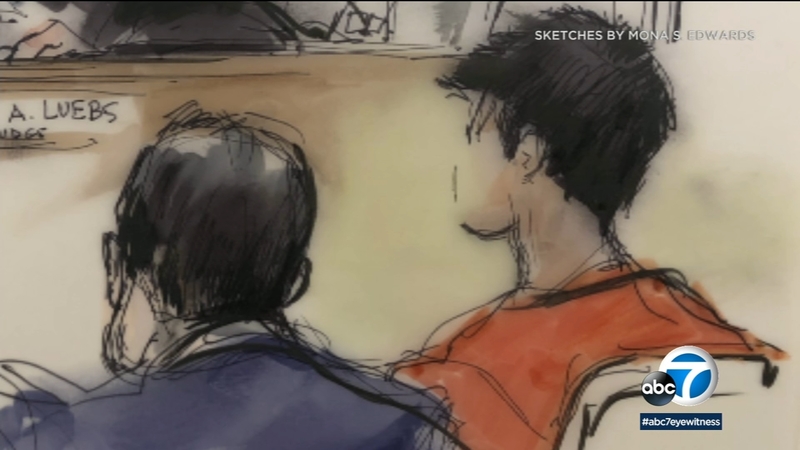 RIVERSIDE, Calif. (KABC) -- A 13-year-old boy accused in a fatal attack on his classmate last month appeared nervous as he sat in a Riverside County juvenile court room.

Identified only by his initials, the teen's attorney denied the charges of assault and voluntary manslaughter facing his client.

"The reality is that no one ever thought that would happen, no one ever wanted it to happen and it's up to the adults in the room to make sure it doesn't happen, and they failed," attorney David Wohl said.

On Monday, the district attorney's office added voluntary manslaughter to the juvenile petition. The victim, identified only as Diego, died a week after the incident involving the defendant and another 13-year-old boy. Cellphone video captured the victim falling backwards, striking his head on a pillar after he was punched.

"After we reviewed the evidence that was presented to us that he had passed, and that's when we made the determination to file this new charge," said John Hall, spokesperson for the Riverside County District Attorney's Office.

But Wohl says there's more than what the cellphone video was able to capture, and that people should reserve their judgement until they learn all the facts in the case.

"My client indicates that for two years, he has been the victim of bullying at two different schools, so we do want to see that evidence," Wohl said.

During the court proceedings, the prosecution asked the judge to order the Moreno Valley Unified School District to turn over records relating to the incidents and any prior ones that may include bullying. They say so far, the school district has refused to do so.

"The school district doesn't want to release it probably because there are privacy rights regarding other children that are involved in this, and I understand that, but somehow we'll get it," Wohl said.

Wohl is also accusing the the middle school of fostering an environment of fighting.

"The school lost control, and the school allowed this culture to fester, and one child is dead because of it," Wohl said.

The school district said in a statement, "The issue of bullying and violence is a nationwide concern. MVUSD does not condone bullying nor do our schools maintain a culture of bullying or fighting. Violence is never an acceptable way to resolve problems."