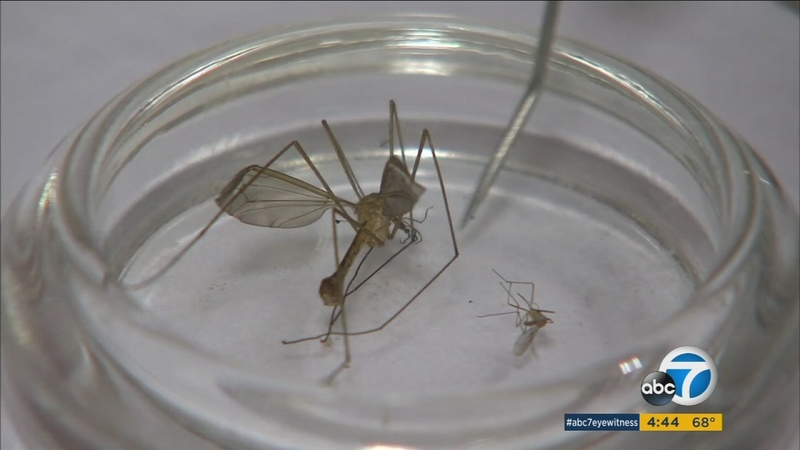 LOS ANGELES (KABC) -- The heavy rains this winter did wonders for alleviating the state's drought - but they are also leading to a big, buggy problem for Southern Californians.

Officials with the Greater Los Angeles County Vector Control District say they're getting a lot of calls about insects right now.

To control what could lead to record numbers of mosquitoes, Vector Control is asking families to start getting rid of standing water now around your yard because that is the primary breeding ground for the insect.

They are also trying to clear up some confusion among the public. Bugs larger than a quarter are likely not mosquitoes, but another type of insect, such as a crane fly.

Warns Kelly Middleton with Vector Control: "Now we have these new invasive Aedes mosquitoes that are much smaller - they're about a quarter-inch or so in size - black and white in color, kind of striped. And they have the potential to transmit dengue virus and chikungunya, and Zika which is one of the ones we're watching closely for this year."

The Aedes mosquitoes are more difficult to wipe out because they lay their eggs on the sides of containers.

To date there has been no mosquito transmission of Zika virus to humans in Southern California. But officials remain concerned about the insects spreading West Nile virus and other diseases.