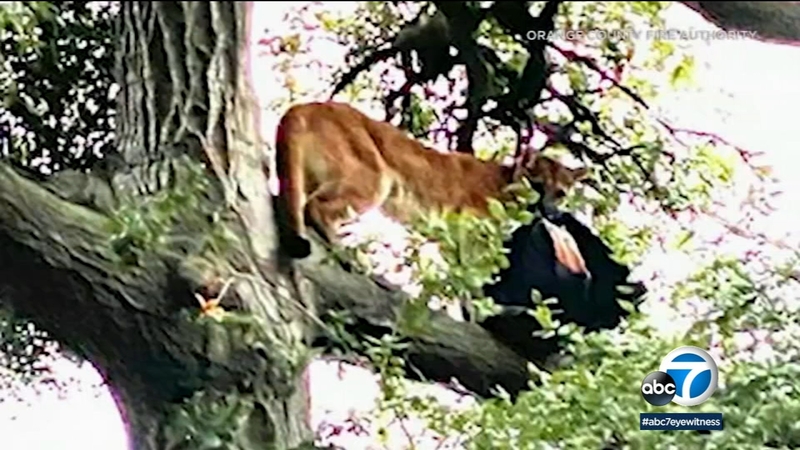 LAKE FOREST, Calif. (KABC) -- Department of Fish and Wildlife said DNA evidence proved the mountain lion that was euthanized after Monday's attack in Trabuco Canyon was the same animal that attacked a 3-year-old boy.

The boy was attacked at Whiting Ranch Wilderness Park in Trabuco Canyon and was rushed to a local hospital, according to the Orange County Fire Authority.

Officials said a family of six was walking in the park when the mountain lion attacked and grabbed the child by the neck. The family's father threw a backpack at the animal and it let the boy go and instead grabbed the bag and jumped into a tree.

Foy added that in the past 100 years, records show there have been 16 mountain lion attacks reported, three of which have ended with a fatality.

A 3-year-old male was attacked by a mountain lion within Whiting Ranch around 4:15 this afternoon. The child is in stable condition at a local hospital. Dept of Fish and Wildlife gave local law enforcement the approval to euthanize the lion due to the public safety threat.

Law enforcement responded and found the animal in the tree. Because of what was considered a threat to public safety, the animal was killed.

The child was in stable condition and was released from the hospital Monday night.