IE family has scary encounter with mountain lion in home 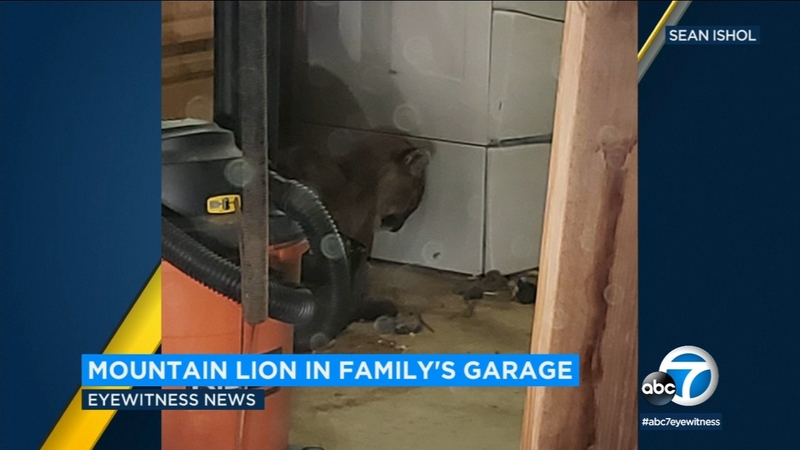 LUCERNE VALLEY, Calif. (KABC) -- An Inland Empire family and their dogs had a brief, scary encounter with a mountain lion that they found hiding in their garage.

Sean Ishol says he and his family were in the garage doing laundry when he noticed his dogs on the ground, whimpering.

When Ishol saw the cougar nestled up against the dryer, he initially thought it was one of his kids' stuffed animals.

Then she moved her head and paws while looking at the dogs.

"The mountain lion did put its paw out to let them know 'Hey I'm here, I'm bigger than you, I will hurt you,'" Ishol said.

Ishol quickly exited the garage, then realized his wife was stuck and backed into a corner. He grabbed a piece of PVC pipe and helped her back out slowly from the garage.

The family didn't realize it at the time, but the animal was actually in very poor health.

They said she was in such poor condition that she had to be euthanized.