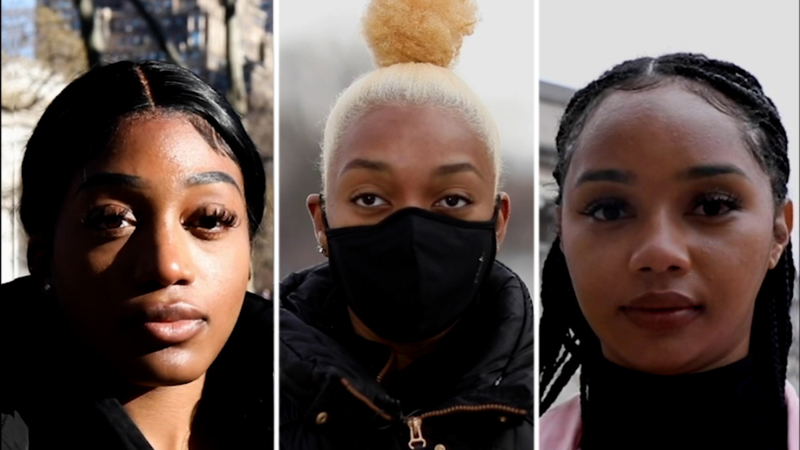 NEW YORK CITY -- It's August 2020, and Chelsea Miller's voice booms through a megaphone, echoing across the National Mall in Washington D.C.

"It is our duty to fight for our freedom!" said Miller.

A throng of marchers -- hundreds thick -- repeats in unison. Miller, the 24-year-old co-founder of the activist group Freedom March NYC, isn't fazed by the moment. Only the mission matters.

"We had to let leaders know we're not going to be intimidated by the very systems that seek to silence us," said Miller.

Just three months after launching Freedom March NYC in May 2020, with a close friend and fellow Columbia graduate, Nialah Edari, the grassroots organization had taken them from leading their first peaceful protest through Washington Square Park to the heart of our nation's capital.

Frustrated by the focus on violence and looting as widespread protests exploded across the city last summer, Miller and Edari feared the true focus of Black Lives Matter was being lost. Luckily, they had childhood experience organizing what they felt could help the message.

"In fifth grade, we didn't learn any Black history, and also MLK Day, the school didn't do anything, so I lead a protest with other students in my class," said Edari.

It worked. The following year, the curriculum changed, thanks to Edari's leadership of a group of 10- and 11-year-olds holding signs made with construction paper and magic markers.

As Freedom March NYC has grown -- comprising one stitch in a rich fabric of activist organizations across the city -- they've brought in key leaders to help guide the movement.

One of these leaders is Nia White, Freedom March NYC's Lead Organizer, Miller's biological sister, and, according to the co-founders, the fiery presence they needed to fuel the organization's rise.

"I'm trying to inspire the next person who's going to take this country into their hands and really change it," said White.

At 18, White is the movement's youngest leader, yet continues to inspire the city's youth to fight for a better world.

"There was a George Floyd before George Floyd. There was an Eric Garner before Eric Garner. These issues have been happening inside of this country for years," said White. "We went in the street and we knew what we had to do, and after that, people were just figuring out, 'what are you guys going to do next?'"

In light of the Black Lives Matter movement's nomination for the Nobel Peace Prize, Miller also has Freedom March NYC's future on her mind.

Part of the last intern class of the Obama administration, she keeps some advice from our former President close to heart.

"One of the things I learned from Obama is leadership is about being able to see hope and understand the power that is in the people," said Miller.

Miller, Edari, White, and the countless young activists marching with them, aren't about to stop exercising that power any time soon.

"When the cameras turn off, we'll still be here," said Miller. "The question is whether or not you'll be paying attention."