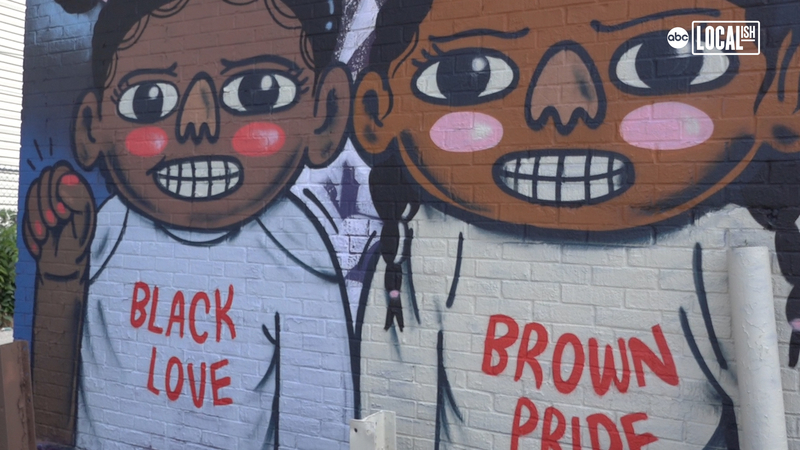 CHICAGO -- Artists from the Chicagoland area are beautifying and unifying South and Southwest Side communities with murals.

The Mural Movement was started by Delilah Martinez, owner of Vault Gallerie.

Martinez said a store owner asked her to display a message of Black Lives Matter after thousands marched through Chicago streets, demanding justice in the death of George Floyd and many others.

From then on, Martinez has contacted a number of artists to participate in her movement.

The murals depict messages of unity between Black and brown communities. Many of these murals can be found in Pilsen, and in South Side neighborhoods.

Over the weekend, Martinez, along with six other artists, finished a new mural to replace one that was covered over with white paint.

Martinez said this fueled their movement even more.

Not only are the artists creating beautiful art but they're also cleaning up the community.

"My mission now is to raise money to continue painting murals all over the city," said Martinez.