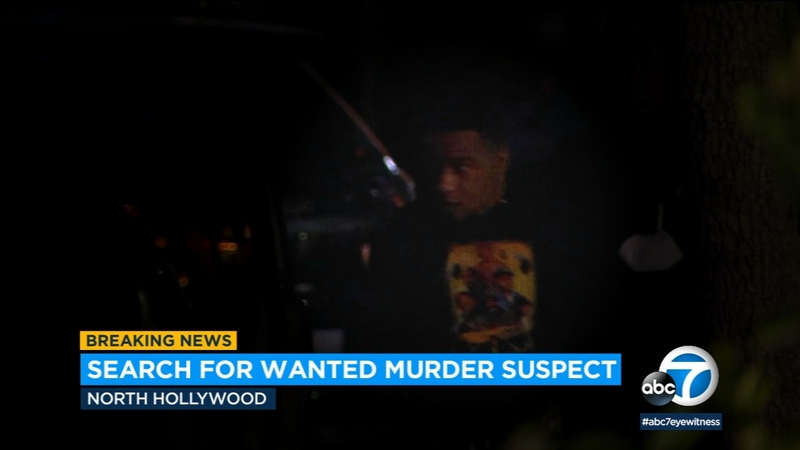 NORTH HOLLYWOOD, LOS ANGELES (KABC) -- After an hours-long search Thursday, police arrested a murder suspect who fled on foot in North Hollywood after leading officers on a pursuit.

The large-scale search focused on the area near Agnes Avenue and Sylvan Street. At one point, Laurel Canyon Boulevard was shut down in both directions as investigators continued their search.

Police said the suspect ran through the neighborhood, jumped fences and confronted homeowners.

SWAT officers found the man hiding out in a small building behind a home as a family was locked inside their residence.

Tear gas was used to force the suspect to surrender.

Police say the man is wanted in connection with a murder in Los Angeles that happened last year, and that further details will be released in the coming days.