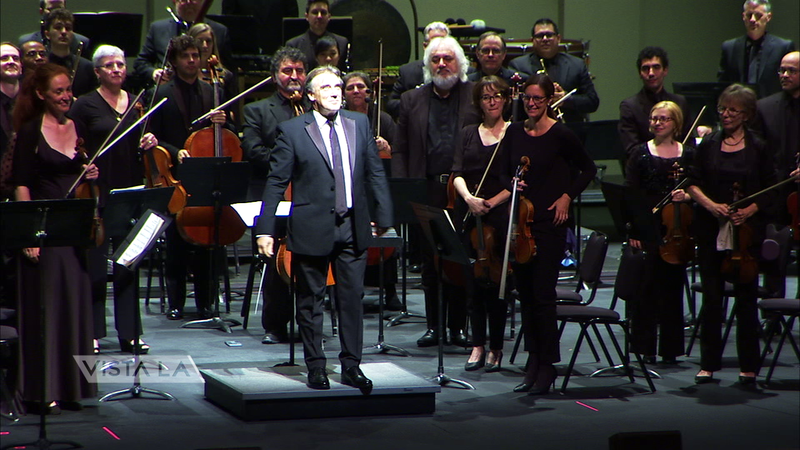 LOS ANGELES, Calif. (KABC) -- "America's finest chamber orchestra," the Los Angeles Chamber Orchestra, is shifting gears after twenty years! Vista L.A. sat down with Music Director Designate for LACO, Jaime Martín, to talk about the new era he will usher in as its sixth-ever Music Director this September.

From the Principal Flute chair of the London Philharmonic to the leader of one of America's most venerable and respected chamber orchestras, Martín is launching a new era for LACO, aiming to welcome more people, increase diversity and representation to make it the most inclusive and welcoming environment possible.

While the Spanish virtuoso will be based in London, Martín is enthusiastic about exploring L.A. which, by the way, was once home to some of the greatest classical composers-- Arnold Schoenberg, Igor Stravinsky, and George Gershwin.

Senior Advisor to LACO Scott Harrison says, "Every ounce of him is about spreading the joy of music. And he naturally just wants to share, wants to open up. Wants to get people excited. ... He has all of the tools and all the attributes that will make him an amazing advocate and ambassador for the institution."

Martín shared with us a couple of goals for his first season. First, he wants his L.A. audience to get to know him so he believes the best way to do this is to invite many of his musical friends to join him on stage.

There's a Spanish saying that goes, "Dime con quien andas y te diré quien eres." It means that if a person tells you who his or her friends are, then it's an insight to who he or she is.

Martín is excited to introduce his friends and make new ones in Los Angeles. He is also planning to invite young composers, from different backgrounds and musical talents, to perform with him and introduce them to a wider audience in Los Angeles.

Most important, the music director designate would like to make everyone feel included and welcome in the Los Angeles Chamber Orchestra.

"I'm really very excited to see where this momentum is going to take us," Martín said.