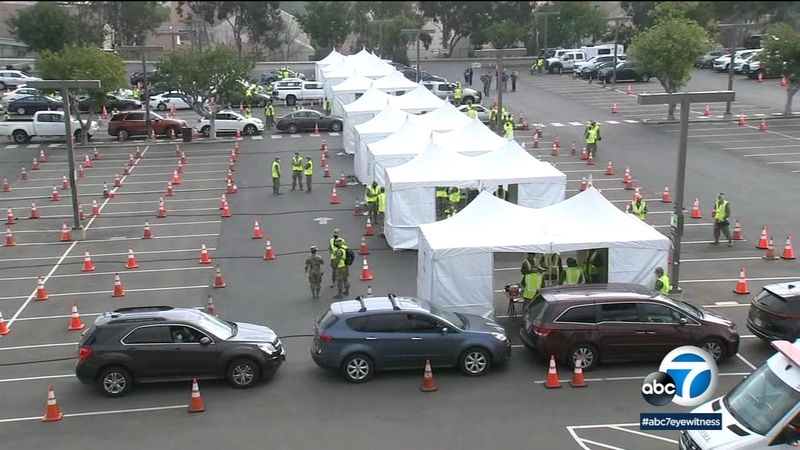 LOS ANGELES (KABC) -- A California program that is intended to improve vaccine availability in underserved communities is reportedly being misused by people outside of those areas.

The My Turn vaccine program relies on special access codes that allow people to make appointments on its website.

The codes are provided to community organizations.

But the Los Angeles Times reported Monday that some of the codes have also been circulating through texts and messages in more affluent areas.

And people who are not yet eligible for the vaccine have been getting appointments.

Vaccine shipments that were delayed because of weather are now on their way and vaccination appointments will resume in Los Angeles on Tuesday, Mayor Eric Garcetti said.

The state has canceled some of them.

Last week Los Angeles was forced to postpone at least 12,500 vaccination appointments at the six largest city-run sites, including Dodger Stadium, because shipments were delayed by icy weather across the country. At least 60,000 doses were held up by delays in Tennessee and Kentucky.