Naked burglar gets stuck in chimney of Ladera Heights home 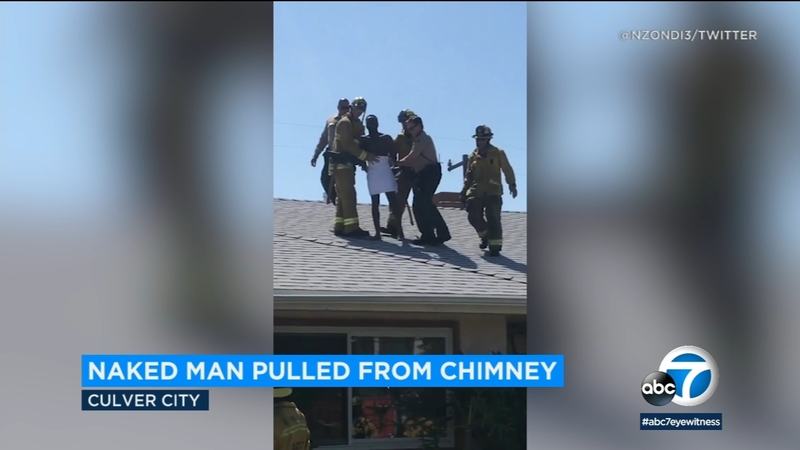 Naked burglar gets stuck in chimney of Ladera Heights home

CULVER CITY, Calif. (KABC) -- Residents of one SoCal neighborhood had quite the startling sight.

Police and firefighters escorted a man off the roof of a home who was naked except for a towel.

Police say the man had been trying to burglarize a Culver City condo - while naked - and was spotted by a neighbor, who called authorities.

The suspect fled and tried hiding inside a chimney at a house nearby in Ladera Heights - and became stuck.

Neighbors said they heard a voice coming from the chimney.

Witness Portia Wofford, not knowing he was the suspect, said she continued to talk to him.

"He also wanted to know if I believed in a higher power because he was telling his story that he's been drugged, drugs have been laced, he has no clothes on," Wofford said.

Police and firefighters pulled him out and got him a towel as they escorted him off the roof. Police said it took a couple minutes to get the suspect out of the chimney.

He was arrested without incident.