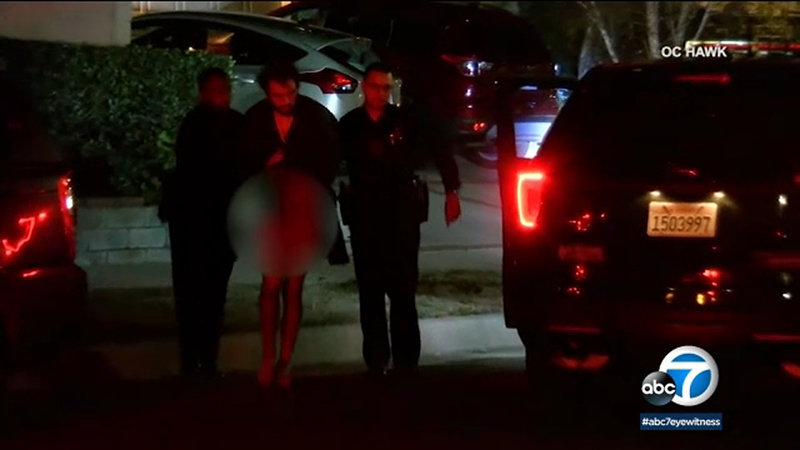 West Hills residents concerned about patients from nearby hospital

WEST HILLS, LOS ANGELES (KABC) -- Concern among residents of a West Hills neighborhood has been reignited after a patient from a nearby hospital left the facility and broke several car windows with a shovel. They claim this isn't the first time something like that has happened.

On Monday, a nearly-naked man in a hospital robe was taken into custody after banging on doors and damaging parked vehicles, according to authorities.

The incident brought back scary memories for resident Sarah Vandrey who says in 2018 a different patient from West Hills Hospital and Medical Center got into her car and smeared it with blood.

A nearly-naked man carrying a shovel who fled from a hospital terrorized a West Hills neighborhood and broke car windows before he was taken into custody Monday.

Six months after that, security footage in the same neighborhood shows police taking down another man who neighbors claim was also a patient who left the hospital and tried to break into a house while the residents were home.

That incident prompted people in the area to write a letter to the hospital, expressing their safety concerns. But, they say they never received a response.

"That's disheartening and it's making me consider re-locating," said Vandrey.