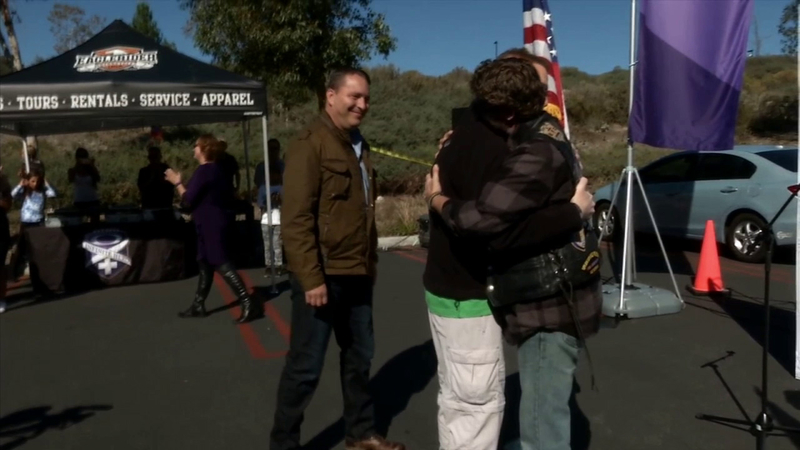 Retired SEAL meets men who saved his life in Iraq

"A hotbed of Al Qaeda and insurgent area called Karmah, and we were going after a senior Al Qaeda leader in that area," Redman recalled.

Redman and his team were on a mission in Iraq when they were ambushed and he was shot several times.

"Stitched across the body. Two in the arm, I took a round in the face, one of my other teammates were stitched up the body, the other one took a round right under his knee," Redman said.

He stayed in the fight until a group of Army Night Stalkers, an airborne special operations force, flew their helicopter in and rescued him.

During his long recovery, Redman was awarded the Purple Heart.

Now more than eight years later, he's retired, running a non-profit for veterans and still wishing he could thank the men who saved his life.

"I owe my life to these guys," Redman said. "I was right on the edge of the window to make it alive."

Redman teamed up with the Infinite Hero Foundation to host a Veterans Day motorcycle ride.

While kicking off the event, a helicopter interrupted him.

Infinite Hero set up a surprise reunion with the Night Stalker team who rescued him.

The crew had not seen Redman since that day.

"You helped enable my survival. So, thank you, my wife thanks you, my children thank you," Redman said.

The Night Stalker crew said the meeting meant just as much to them because they don't often get to see what happens to the people they rescue.

"To come back and see him, doing so well and here, and celebrating Veterans Day in America and his life and his family. That really means a lot," Sgt. First Class Joshua Fulghum with the 160th Special Operations Aviation Regiment said.