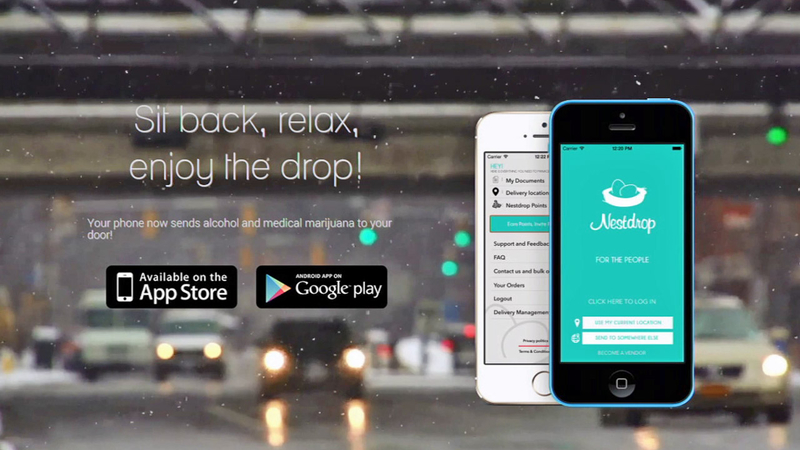 LOS ANGELES (KABC) -- It seems like there's an app for everything these days. An app called Nestdrop brings medical marijuana directly to the doorsteps of Angelenos.

Nestdrop, which began with delivering alcohol, promises their weed deliveries will get to you in under an hour.

Michael Pycher is the developer.

"This is unprecedented. It's never been done before," Pycher said. "We're only dealing with medicinal marijuana, this is medicine for patients."

Pycher says Nestdrop checks to make sure the user is a legitimate medicinal marijuana patient.

"All the steps you would have to take to be legal are still in place," Pycher said.

Then the app connects that person with what Pycher says are legitimate dispensaries that offer a wide variety of products.

Mo Li operates a dispensary called Hollywood Meds. He says the app is "making his life much easier."

"A lot of professional working people, during the day, you know, they don't have time to go to the dispensaries and get their medicine," Li said.

The Nestdrop app for alcohol delivery has been around since June. The app specific to medicinal marijuana went live on the Android store Friday, and it wasn't long before Li was making his first delivery.

A patient, who did not want to appear on camera, says the app does provide a valuable service.

"Sometimes I just really don't have the time to navigate through Hollywood traffic to get to the collective," she said.

There are other medical marijuana delivery services available, but this is the first of app to offer the service in L.A. Each order must be a minimum of $25.

Pycher says he hopes to have an iPhone app available in the next few weeks, and he insists, the app is legal.

"We have every intention to comply with the law. We're not trying to skirt around anything," he said.