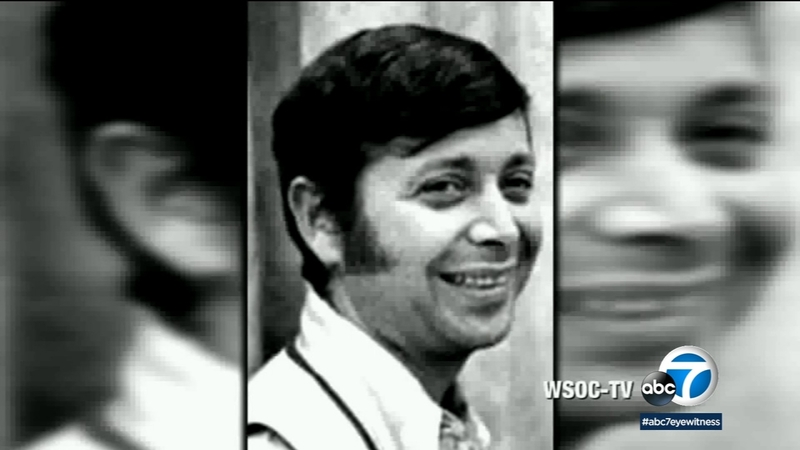 STUDIO CITY, LOS ANGELES (KABC) -- New details are emerging about how detectives cracked the Hollywood murder mystery of Barry Crane, and we're hearing from the suspect, who's now in custody.

The 34-year-old Los Angeles cold case murder may have been solved in North Carolina.

Suspect Ed Hiatt was arrested this week for the July 1985 murder of Crane, who was found in Studio City beaten and choked to death inside his garage. Hiatt was just 18 at the time.

As Hiatt was being escorted by authorities on Thursday, a North Carolina TV station caught up with him.

"Did you ever think they would catch up with you?" a reporter asked.

"I didn't have any clue what was going on when they first met me," Hiatt said.

The case was big news back in the 80s. Crane produced and directed some of the most iconic shows on television of that era: "Mission Impossible," "Wonder Woman," "Hawaii Five-0," "The Six Million Dollar Man" and "The Incredible Hulk."

"Everybody knew Barry, and all of a sudden his maid finds him wrapped up in a sheet, bloody in his garage? So it was a terrible story," said entertainment journalist Jeanne Wolf.

"Do you not remember what happened in 1985?" the reporter asked Hiatt.

"I don't have a really good memory. Bits and pieces that were brought back to me just by suggestion," he replied.

"Could you have done this murder in 1985?" the reporter asked.

"Anything is possible back then--," he said.

"But you have no memory of it?" another reporter asked.

"No, because I was big into drugs," Hiatt added.