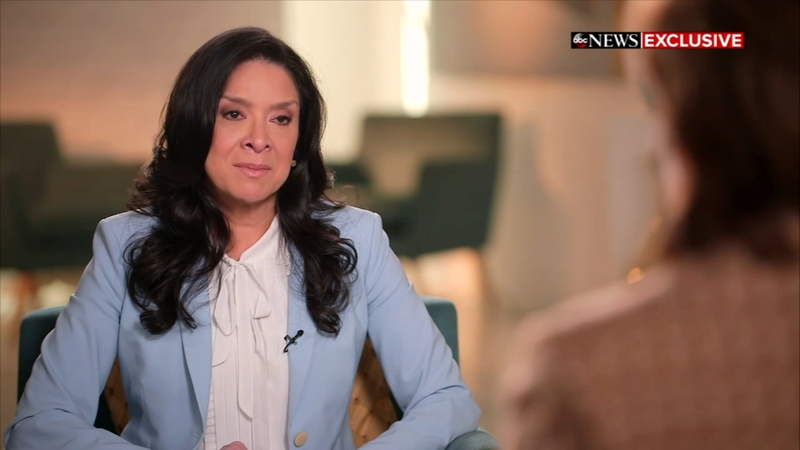 NJ judge opens up to GMA about son's killing

NORTH BRUNSWICK, New Jersey -- The New Jersey judge whose 20-year-old son was killed in a racially motivated assault this summer is speaking out once again about the tragic attack and the impact it has had on her life.

In an exclusive interview that aired Tuesday morning, Salas told "Good Morning America's" Robin Roberts that the attack from Manhattan lawyer and self-described antifeminist Roy Den Hollander motivates her to be an even better judge.

Lucy Yang has more on the NYC attorney suspected of fatally shooting the son of a federal judge in New Jersey.

Salas said the July 19 attacks were gender and racially motivated, but it's unclear if there were any other reasons why he targeted her.

Judge Salas and her husband Mark Anderl had just spent the weekend celebrating their son Daniel's 20th birthday with friends at their home when everything changed in an instant.

The judge told GMA that she and her son were cleaning up after the celebration when the shooter arrived at their home in North Brunswick.

"We were chatting, as we always do," the judge said. "And Daniel said, 'Mom, let's keep talking. I love talking to you, Mom.' And it was at that exact moment that the doorbell rang. And Daniel looked at me and said, 'Who is that?' And before I could say a word, he sprinted upstairs. Within seconds, I heard the sound of bullets and someone scream 'no.'"

Salas said she then heard a series of bullets. She thought, 'What is happening?' The judge knows she ran upstairs but said she doesn't even remember doing so.

"And then I saw Danny lying perpendicular to the door, holding his chest. And I saw Mark on his hands and knees at the porch. He had crawled to the porch to try to get the license plate or something of the person," the judge said. "I just got on the floor and I just saw my son. I know at some point, Mark was screaming, 'Call 911.' And I tried to do that. And I lifted his shirt. And I saw the bullet hole. And Mark managed to crawl back. And we were both just watching him fade away."

"I think the hardest injury right now is to his heart. They were so close. He talks about Danny as his best friend," Salas said.

Police believe Roy Den Hollander was targeting Judge Salas when he attacked her family dressed as the delivery driver.

He was found one day later with a self-inflicted gunshot wound.

"It had been months, if not a year, when he last appeared in- before me," she told Robin Roberts.

She said he had never threatened her in any way before.

Roberts asked Judge Salas if there was ever a time she feared for her safety.

"You're always conscious of your surroundings. And we were very careful. What I think happened is our defenses were lowered with what was happening around us. I mean, I was ordering packages every day. You know, we play it back. What if I would've stopped him? The what ifs. But after that FBI debriefing, there's peace. If he didn't do it that day - he was going to do it," Judge Salas said.

She said in the video, "While my husband is still in the hospital recovering from his multiple surgeries, we are living every parent's worst nightmare, making preparations to bury, bury our only child, Daniel."

U.S. District Judge Esther Salas provided a video statement on the death of her son and the injuries to her husband caused by a gunman.

In the YouTube video and now, Judge Salas is calling for action to address the lack of privacy afforded to federal judges.

NewsCopter 7 was over North Brunswick, NJ as authorities investigated a deadly shooting at the home of federal judge Esther Salas.

Judge Salas is now relying on her faith to move forward and finding the strength to forgive her son's killer.

"From the moment I did that, I felt lighter. You know, hate is heavy. Love is light," Salas said.

The judge said she plans on returning to the bench.