NYC mayor on arrest death: 'It looked like chokehold' 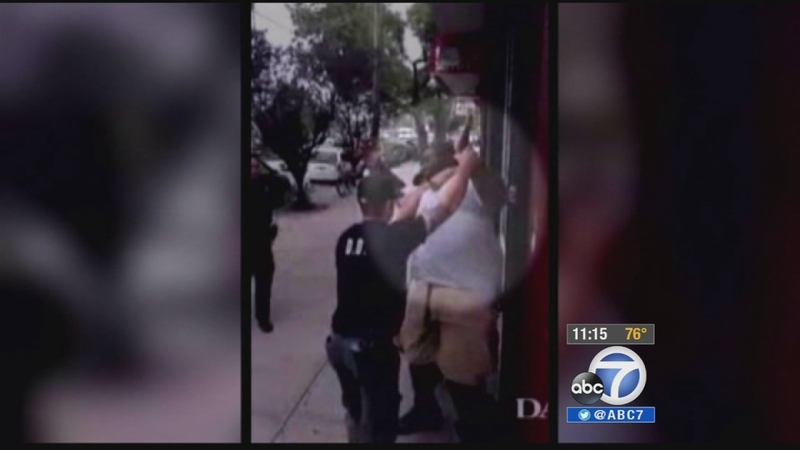 NEW YORK (KABC) -- New York City Mayor Bill de Blasio on Monday told reporters that, as a layman, he thought a chokehold had been used on a man who died last week as police tried to take him into custody.

"As an individual who's not expert in law enforcement, it looked like a chokehold to me. But I also emphasize you have a full investigation because all sides need to be heard and all evidence has to be looked at," de Blasio told reporters trailing him on vacation in Italy.

A cause of death has not been determined for 43-year-old Eric Garner. Investigators are looking into whether or not officers' actions played any role in Garner's death last Thursday on Staten Island.

The medical examiner's office said Sunday that more studies need to be done to determine the cause of death and the findings will not be be released until the investigation is complete.

A bystander shot video of the arrest showing Garner shouting, "I can't breathe," as Officer Daniel Pantaleo wraps his arm around Garner's neck.

Garner, who was being arrested for allegedly selling untaxed, loose cigarettes, was pronounced dead at a hospital an hour later.

Pantaleo, an eight-year veteran of the force, is now on modified desk duty. His badge and gun have taken away while investigators look into whether this was technically a "chokehold," which is a tactic banned by the NYPD. Another unidentified officer has also been reassigned pending the investigation.

Meantime, the Fire Department has barred four emergency workers from responding to 911 calls while their work is scrutinized. They are employees of the Staten Island hospital where Garner was pronounced dead.

Garner's funeral is scheduled for Wednesday in Brooklyn.