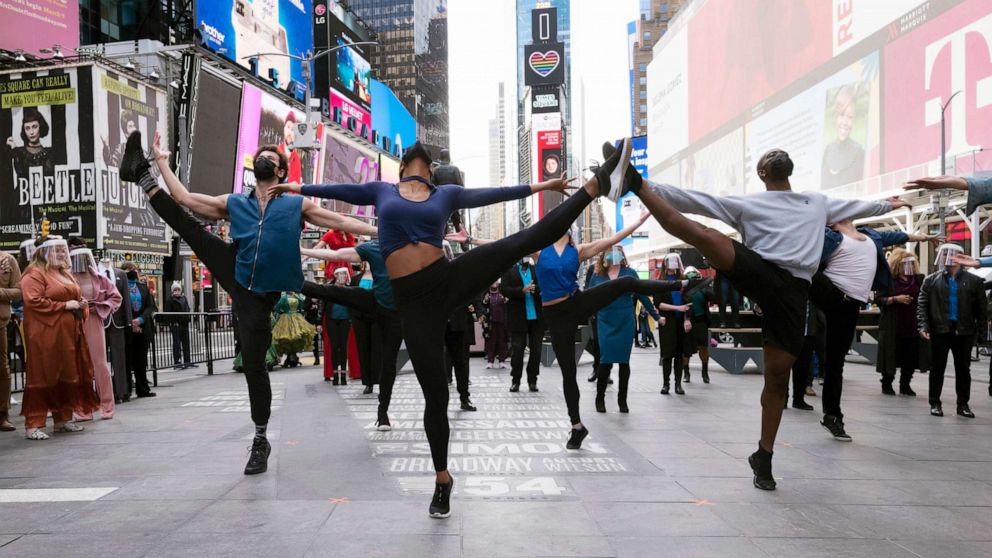 It's been over one year since Broadway went dark as COVID-19 swept through New York City and the nation.

On Thursday, Mayor Bill de Blasio announced that he expects Broadway to return in September.

"The whole theater community is crucial to the comeback of New York City," de Blasio said.

"It's time to raise the curtain and bring Broadway back. So the next four weeks we will be setting up dedicated vaccination sites specifically for the theater community," de Blasio said.

The mayor said his priority is vaccinating Broadway and off-Broadway workers.

The city will also offer pop-up testing sites near theaters and will focus on a crowd management plan, de Blasio said.

"The city will be actively engaged in helping theaters to manage crowds before and after shows," the mayor said.

Mary McColl, executive director of Actors' Equity Association, the union that represents Broadway actors, called the announcement "an important recognition from the City of New York that a strong theatre industry means a healthy, strong economy."