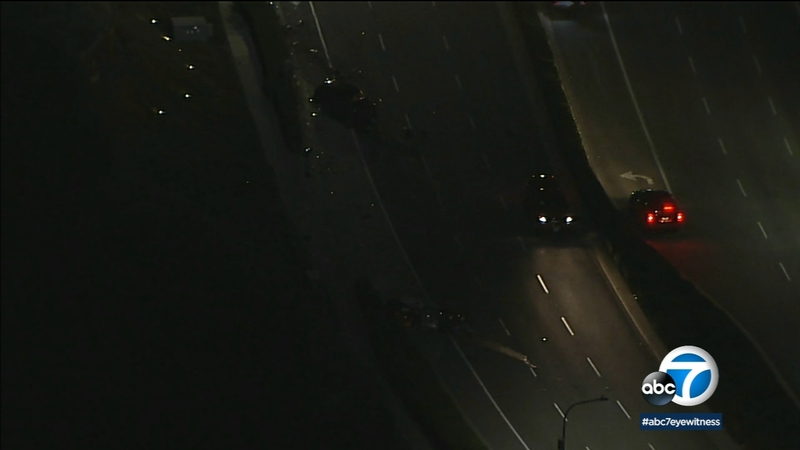 NEWPORT BEACH, Calif. (KABC) -- A man and a woman were killed in a horrific two-car crash in Newport Beach Tuesday evening, police said.

The crash happened at about 7:46 p.m. near the intersection of Pelican Hill Road and Newport Coast Drive, according to the Newport Beach Police Department.

The two people killed were in a Nissan when it collided with a Range Rover.

It was unknown if the driver of the Range Rover was injured, or if anyone else was hurt.

Further information, including what led up to the crash, were not immediately available.

The crash happened right before another deadly collision in Southern California Tuesday. In Pasadena, witnesses say a grandmother was killed in a two-car crash caused by a wrong-way driver.

A grandmother was killed in a tragic two-car crash caused by a driver speeding on the wrong side of the road in Pasadena, witnesses say.