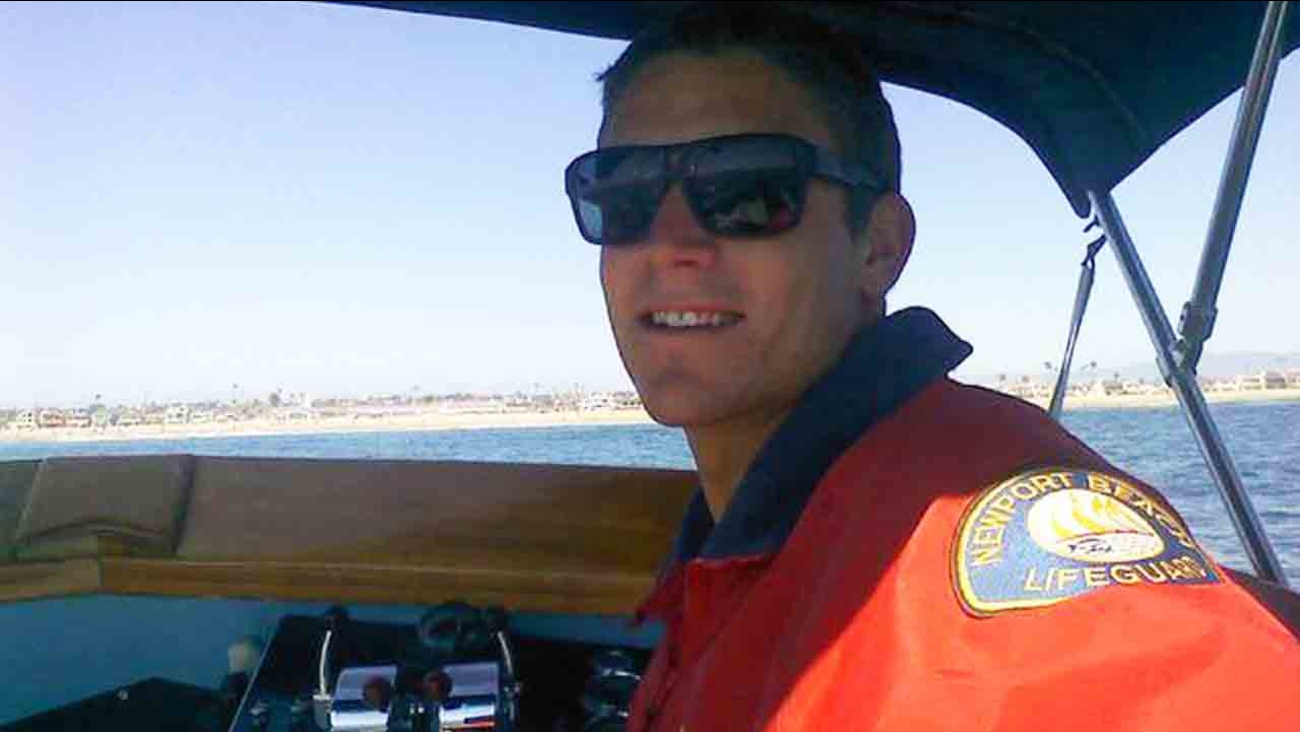 NEWPORT BEACH, Calif. (KABC) -- An autopsy performed on Newport Beach lifeguard Ben Carlson has determined that he died from accidental drowning during a rescue on July 6. The autopsy found scrapes and bruises on Carlson's forehead and nose.

Ben Carlson, 32, attempted to rescue a swimmer in distress in the water off 16th Street on July 6. Carlson, a 15-year Newport Beach lifeguard veteran, went into the water off a boat. Carlson was hit by a massive wave and never came up.

The swimmer made it back to shore safely.

Rescuers spent three hours searching for Carlson before he was found near 27th Street at about 8 p.m.

Conditions were turbulent and waves reached 10 to 12 feet, according to the Newport Beach Fire Department. Hundreds of rescues were made during strong rip currents that weekend.

Carlson's death is the first in the line of duty for Newport Beach lifeguards.

A memorial statue of Carlson is scheduled to be built on Balboa Pier.