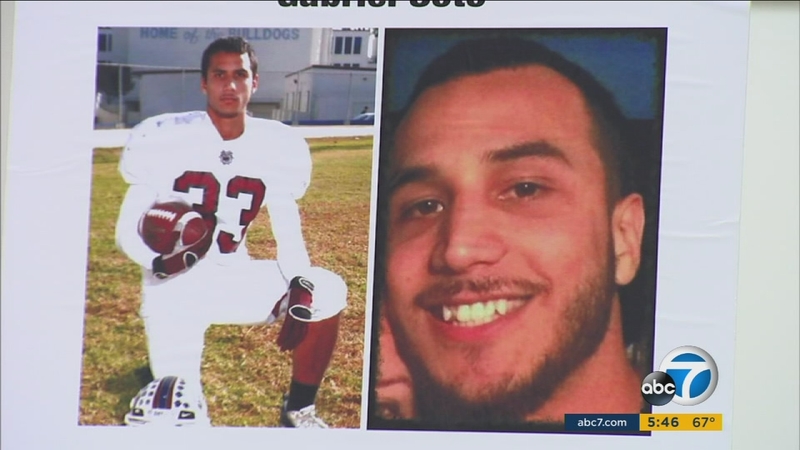 Gabriel Soto, 21, was gunned down in a garage in 2013. His killer still remains at large.

Soto's entire family turned out at a press conference on Wednesday, including many of his young nieces and nephews. Investigators renewed their call for help in solving Soto's murder.

Soto was playing football on scholarship at Lincoln University in Missouri and had come home for a visit when he was shot and killed in May 2013.

The shooting happened when Soto was at a party with his former football teammates in the 600 block of South McDonald Street in East Los Angeles.

Investigators say the suspect opened a gate on the property and started shooting before fleeing.

"He's truly missed and he's truly loved and this crime should not go unpunished," said his sister Vanessa Soto. "I'm begging for someone to come forward and give us some information."

Lt. Steve Jauch called the crime a "senseless act," saying he's convinced that someone in the public knows something about this case.

Investigators believe the shooting was gang related but said Soto was not a gang member and likely was not the intended target.

At this point, detectives have very little to go on and are desperate for the public's help in solving this case.