KABC
By Rob Hayes and ABC7.com staff
LOS ANGELES (KABC) -- A $50-million claim has been filed against the Los Angeles County Sheriff's Department by the family of a 31-year-old man who was killed in a deputy-involved shooting in August.

The case hinges on an alleged handgun that deputies said was pointed at them by Donta Taylor on Aug. 25 in Compton, prompting them to shoot him. No handgun was found after the incident, and Taylor's family has filed a claim seeking damages.

During a press conference at their attorney's office in Beverly Hills on Friday, Taylor's relatives showed one photo of him volunteering as a youth basketball coach and another of the area where he was fatally shot.

"The story that the deputy sheriffs came up with is fabricated," family attorney John Sweeney said. "It is a lie and we will prove that."

At the time of the shooting, the Sheriff's Department said, a deputy approached Taylor, who then brandished a handgun and ran. According to authorities, when deputies caught up to Taylor he pointed the gun at one of them and was subsequently shot.

"No gun was found because there was no gun," Sweeney said. "They had control of the area immediately after the shooting. No one was let in. They can't say that somebody came in and took the gun."

The family's $50-million dollar claim against the county is a precursor to a lawsuit.

"The Sheriff's Department has yet to receive or had the opportunity to review this lawsuit and will reserve comment on pending litigation," the agency said in a statement released Friday.

A records check by Eyewitness News shows Taylor had been convicted for being a felon in possession of a firearm, domestic battery and resisting arrest, among others.

Sweeney insisted Taylor's previous crimes did not justify the shooting.

"These police officers that did the shooting did not know him," he said. "They did not know his background - whether or not he was an angel or he had had trouble before." 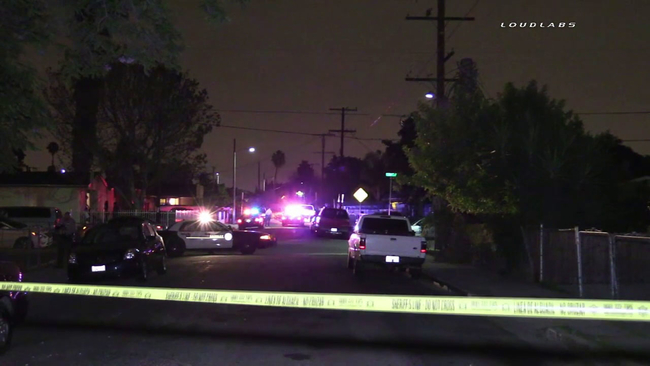