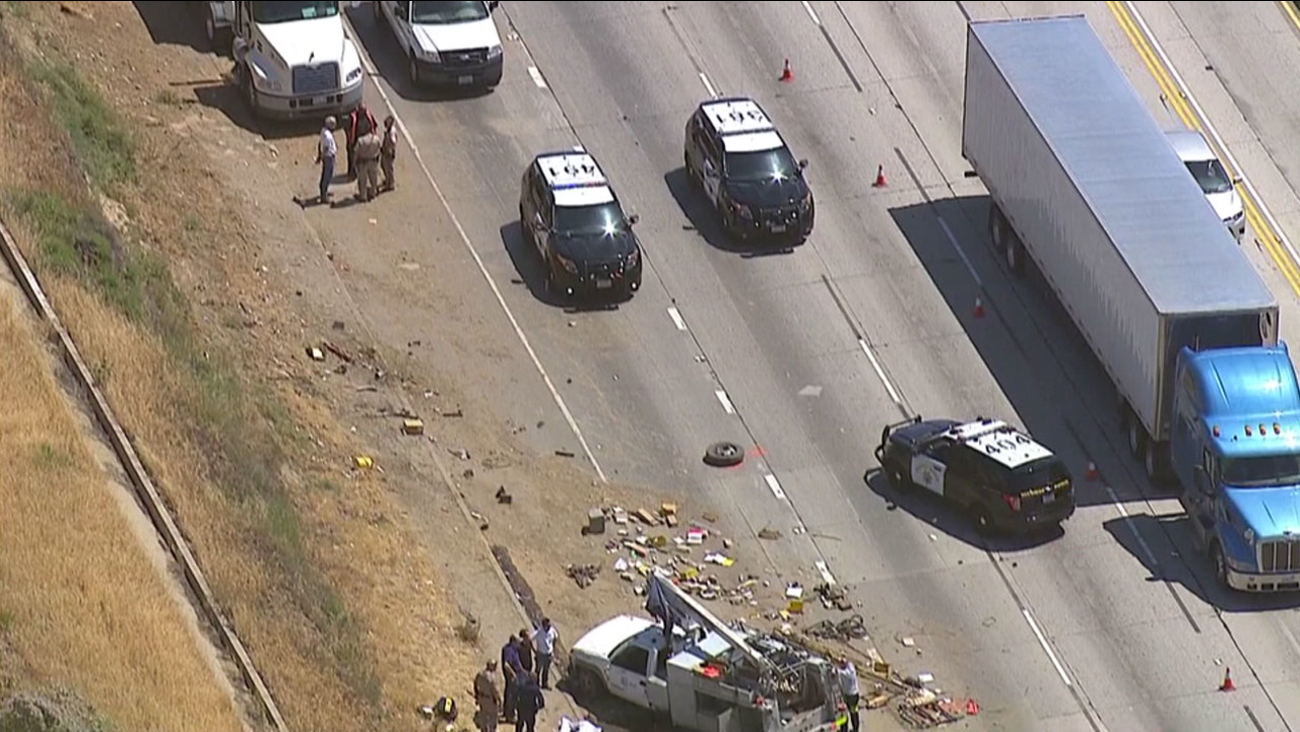 A big rig crashed into a utility services truck, killing the driver, near Sylmar on the northbound 5 Freeway on Thursday, April 28, 2016. (KABC)

SYLMAR, LOS ANGELES (KABC) -- A 61-year-old driver was killed after a big rig rolled over the person's car on the northbound 5 Freeway near Sylmar Thursday afternoon.

The crash between the big rig and a white AT&T service truck happened shortly before 1 p.m. near the Roxford Street exit. Three lanes were temporarily shut down and a SigAlert was issued until the CHP reopened one.

The right two lanes were blocked until about 2:15 p.m. It was unclear what led to the crash and the identity of the driver was not released.

AT&T provided a statement after learning of the driver's death.

"We were saddened to learn of this and our thoughts go out to our employee's family, friends and coworkers. We'll do whatever we can to assist law enforcement in the investigation of the accident," it said.