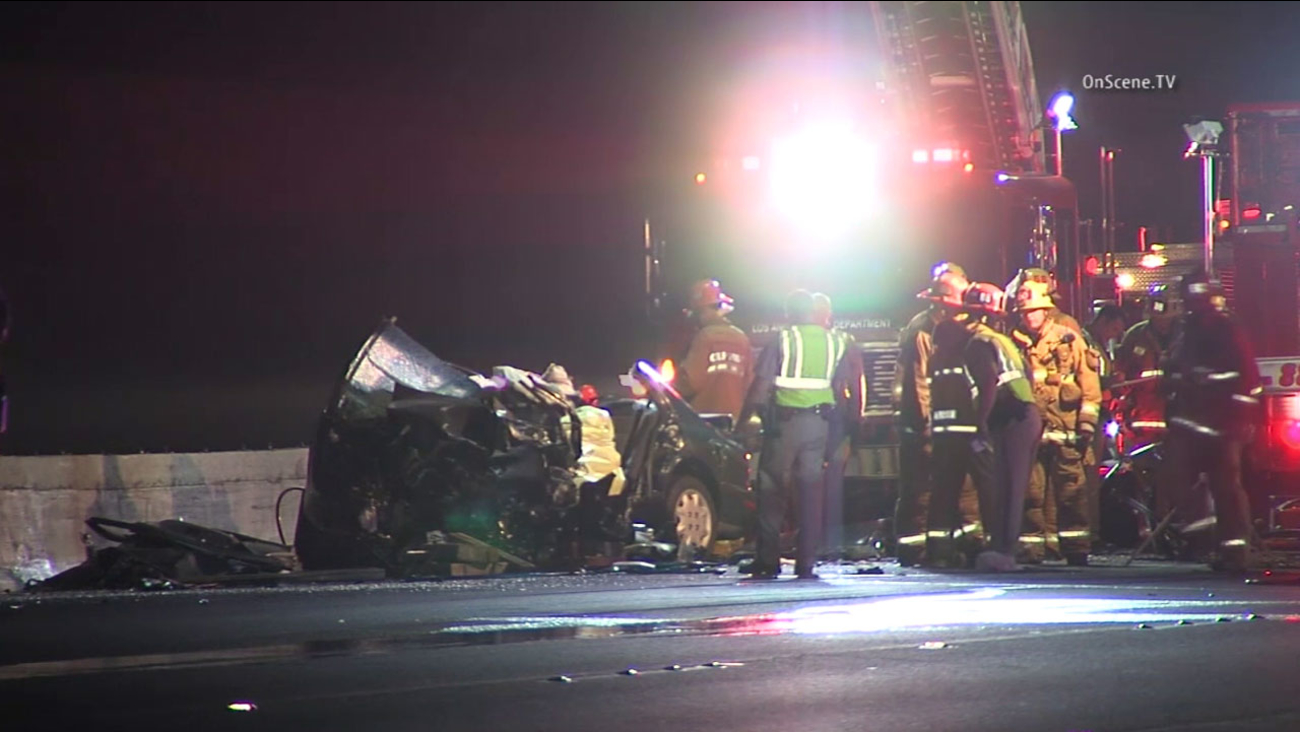 Authorities investigate the scene of a fatal crash on the westbound 101 Freeway in Los Angeles on Saturday, June 4, 2016. (KABC)

LOS ANGELES (KABC) -- A 25-year-old man was killed in a wrong-way crash on the westbound 101 Freeway early Saturday morning, prompting several lanes to be shut down temporarily.

California Highway Patrol officers received multiple calls of a wrong-way driver traveling on the westbound lanes of the freeway around 4 a.m. The driver ended up crashing head-on into another car traveling on the road.

The wrong-way driver was pronounced dead at the scene, and the driver in the second car sustained minor injuries. Emergency medical personnel transported the driver to Cedars-Sinai Medical Center.

The name of the driver was being withheld pending notification of next of kin.

Four lanes were shut down on the freeway just west of Tujunga Avenue for a few hours as crews cleaned up the scene. Traffic was diverted from the westbound 134 Freeway onto the northbound 170 Freeway.

All lanes were reopened just before 8 a.m.