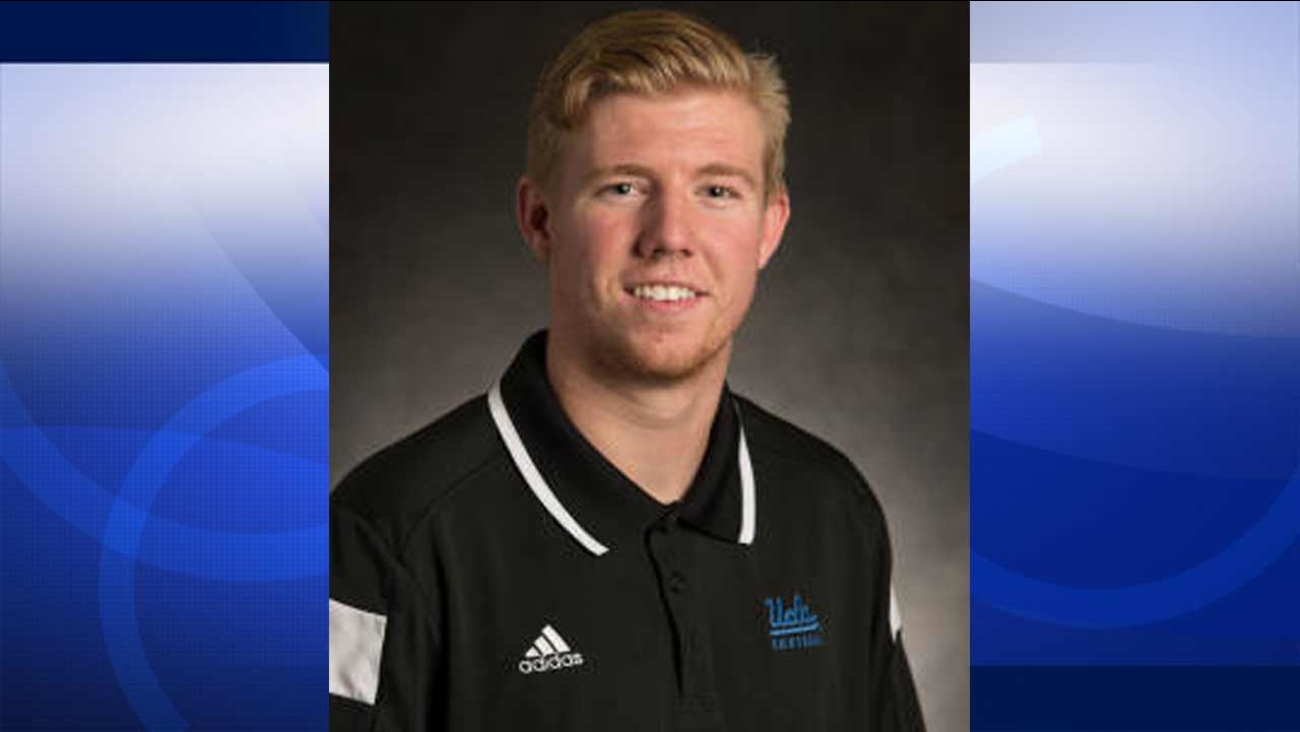 The victim accompanied 20-year-old Adam Searl to a nearby residence, fell asleep and awoke to discover him sexually assaulting her, police said in a press release.

He was taken into custody on campus Thursday following an exhaustive investigation and later released after posting $300,000 bail.

Searl punted at Irvine High School prior to his arrival at UCLA.

"We have been informed of the situation involving Adam Searl, and we take these accusations very seriously," said UCLA head football coach Jim Mora. "Adam has been suspended from the team indefinitely while the legal process runs its course.