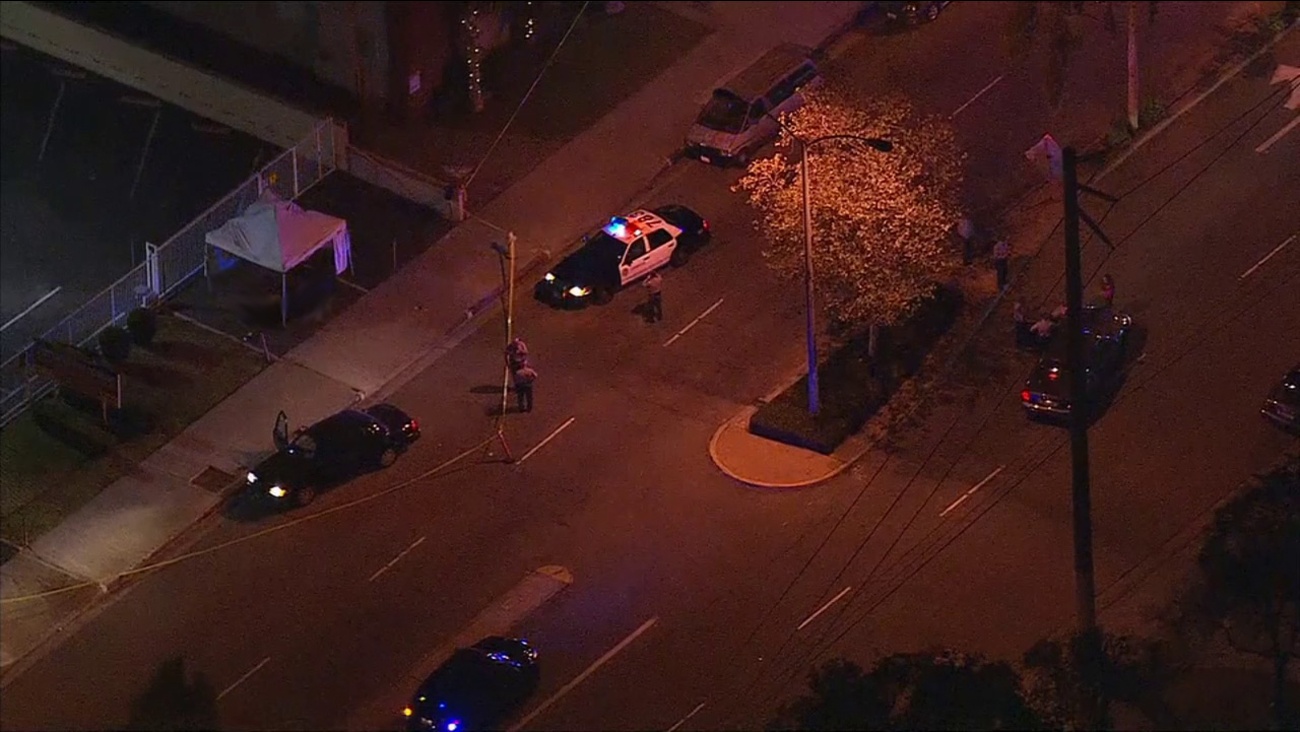 A deputy-involved shooting happened in Norwalk on Tuesday, Dec. 1, 2015, according to the Los Angeles Sheriff's Department.

NORWALK, Calif. (KABC) -- An 18-year-old man was shot to death by deputies after he allegedly pointed a gun in their direction in Norwalk, authorities said.

Officials said two men were walking down the street when deputies with the sheriff's gang unit approached them.

Detectives said both men pointed handguns at the deputies, and that's when the deputy-involved shooting occurred.

One of the men was shot and was pronounced dead at the scene. The other man was not injured and was arrested.

Authorities did not say how many deputies were involved or how many shots were fired.

Two handguns were recovered from the scene. The investigation is on-going. If you have any information about this case, you're urged to contact the Los Angeles County Sheriff's Department's Homicide Bureau at (323) 890-5500 or Crime Stoppers at (800) 222-TIPS.
Related topics:
norwalklos angeles countylos angeles county sheriff's departmentshootingdeputy involved shooting
Copyright © 2021 KABC-TV. All Rights Reserved.
More Videos
From CNN Newsource affiliates
TOP STORIES