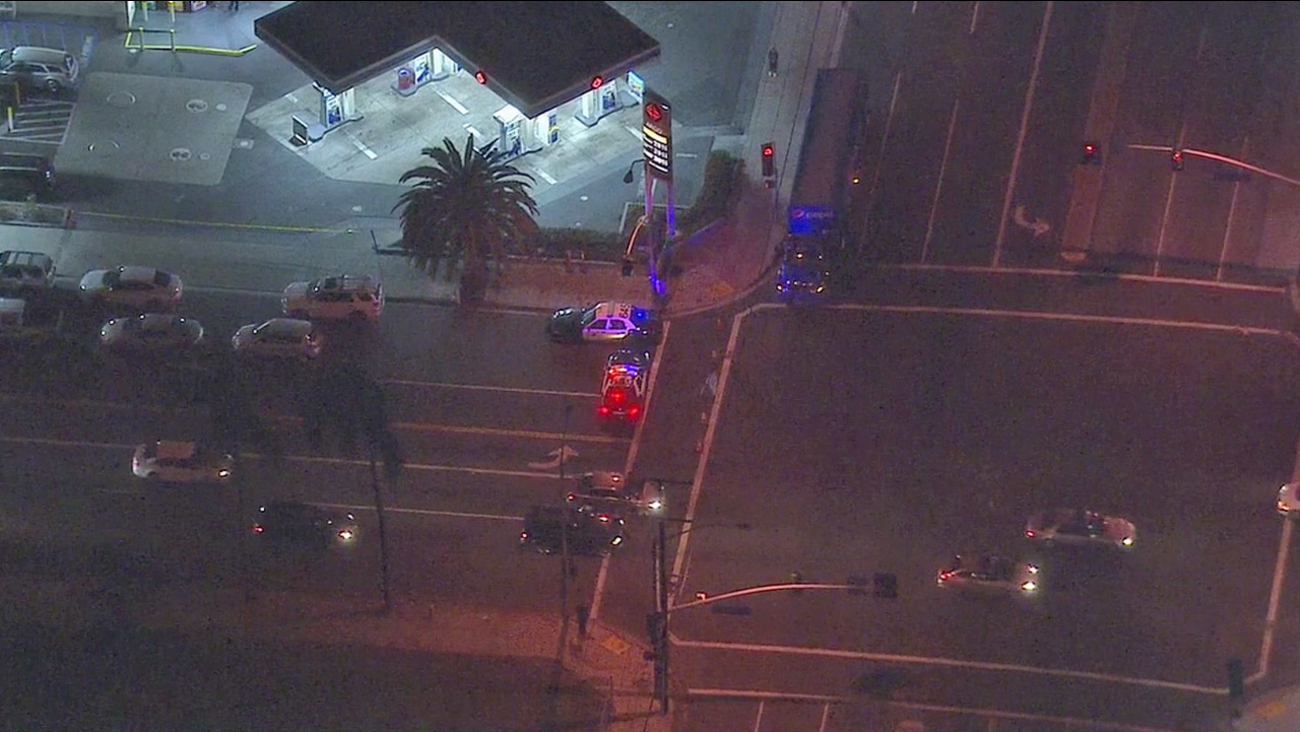 Long Beach police block of a corner of an intersection in Long Beach as they search for a home invasion suspect on Monday, Jan. 4, 2016. (KABC)

LONG BEACH, Calif. (KABC) -- Long Beach police arrested four home invasion suspects after an hours-long search for one of them in a neighborhood Monday morning.

Around 1:30 a.m. Monday, Long Beach police received a call about a possible home invasion or robbery in the 3200 block of Chestnut Avenue.

When officers arrived, they saw a car feeling the area and then stop at 25th Street and Chestnut Avenue.

Three suspects were quickly taken into custody but a fourth was outstanding.

Authorities began searching for the suspect at 25th Street between Chestnut and Cedar avenues. The possibly armed suspect was eventually found shortly before 6:30 a.m. and taken into custody.

No injuries were reported. It was unclear what or if anything was taken from a home during the incident.
Related topics:
long beachlos angeles countysearchhome invasionrobbery
Copyright © 2021 KABC-TV. All Rights Reserved.
More Videos
From CNN Newsource affiliates
TOP STORIES