A suspect wanted for an armed robbery in El Monte is seen in surveillance images released by police. (KABC)

EL MONTE, Calif. (KABC) -- El Monte police are trying to track down a robbery suspect who was caught on surveillance video holding up a gas station armed with a shotgun.

The incident took place on Wednesday around 3:15 p.m. at the Arco gas station on the 9800 block of Flair Drive.

Police said the suspect barged into the establishment, brandished a blue steel shotgun at the store clerk and demanded cash. The suspect only got away with $60.

He was last seen driving off in a 1998-2000 model four-door Nissan Altima. Investigators said the vehicle appeared to be gold in color with collision damage on the right front fender. The vehicle also appeared to have red dealer paper plates with yellow lettering, police said.

The suspect was described as a Hispanic man with a medium build, approximately 5 feet 4 inches tall, weighing about 170 pounds with black hair. He was seen wearing sunglasses, a white polo shirt with tan stripes, blue jeans with cuffed hems and black tennis shoes with white soles. 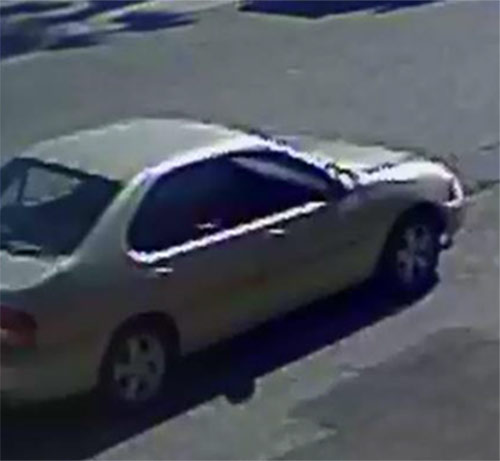 The car driven by a suspect in an armed robbery in El Monte is seen in a surveillance still image released by police.