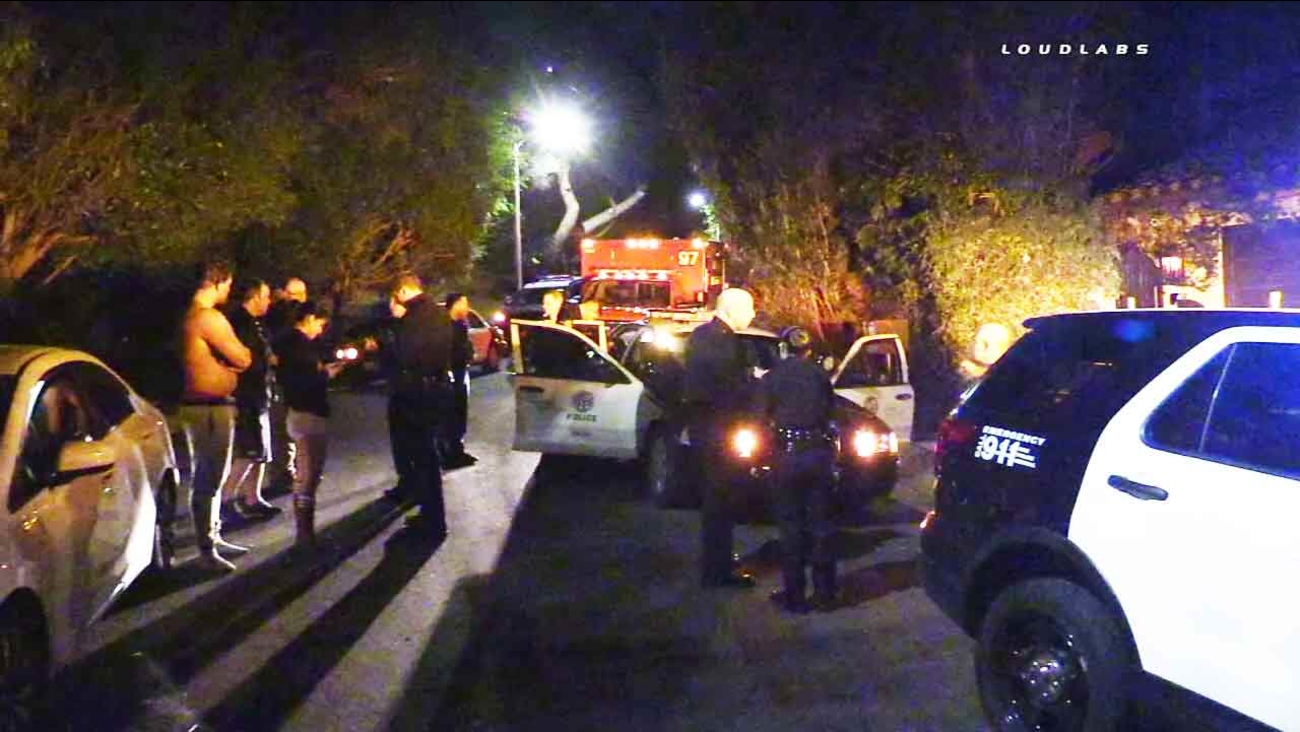 LAPD officers at the scene of a home-invasion robbery in Hollywood Hills on Saturday, Feb. 7, 2016.

HOLLYWOOD HILLS, LOS ANGELES (KABC) -- Los Angeles police are on the hunt for two suspects accused of robbery in a violent home invasion at a mansion in Hollywood Hills.

Investigators said two men armed with semi-automatic weapons stormed the home in the 2600 block of Astral Drive at about 3:15 a.m. on Saturday.

The alleged robbers beat one person inside the home with the butt of a gun. Another victim sprained an ankle while trying to run away, according to the LAPD.