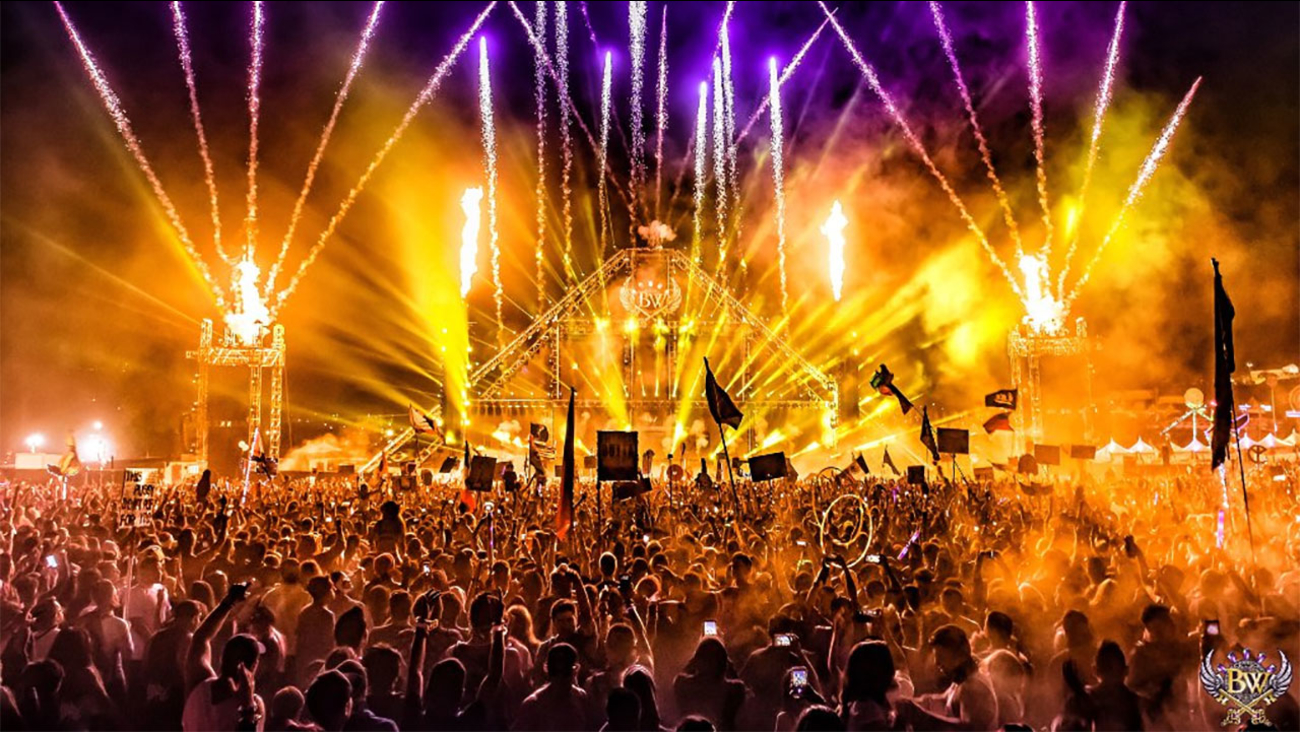 The two-day Beyond Wonderland electronic dance music festival was held at the San Manuel Amphitheater in Devore in San Bernardino County. (www.twitter.com/beyondwland)

DEVORE, SAN BERNARDINO COUNTY (KABC) -- Nearly 250 people were arrested at Beyond Wonderland over the weekend for various offenses, including trespassing, public intoxication and possession for sales of Ecstasy, San Bernardino County officials said.

Jodi Miller, a spokeswoman for the San Bernardino County Sheriff's Department, said 116 people were arrested on Friday and an additional 128 were arrested on Saturday, bringing the total to 244.

The two-day electronic dance music festival hosted by Insomniac Events was held at the San Manuel Amphitheater in Devore on Friday and Saturday.

Miller said 20 people were hospitalized but all were treated and released by Sunday.

The arrests were part of a stepped-up security effort to reduce illegal drug use at the festival following the death of 22-year-old John Hoang Dinh Vo last year.

Vo suffered an apparent seizure and went into cardiac arrest after overdosing on Ecstasy while at the event.

Drugs and alcohol are not uncommon at music festivals, especially youth-oriented events. Insomniac Events stopped hosting their Electric Daisy Carnival event at the Los Angeles Memorial Coliseum after a 15-year-old girl took Ecstasy and died in 2010.