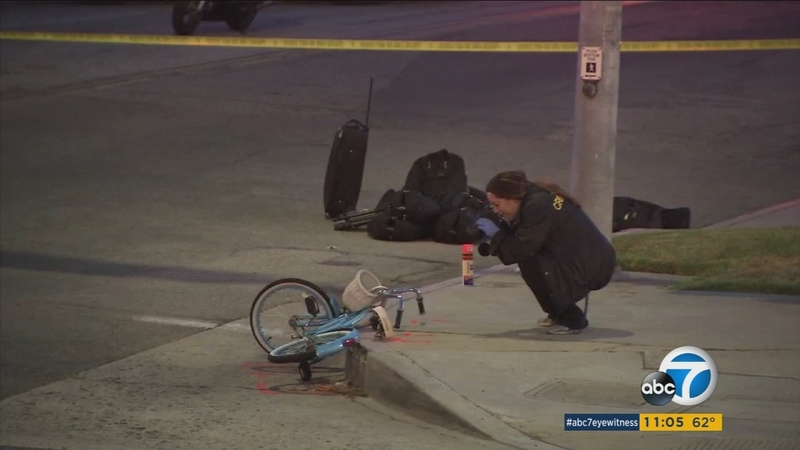 REDONDO BEACH, Calif. (KABC) -- A 13-year-old girl riding her bike at a Redondo Beach intersection was fatally struck by a bus on Friday.

The crash happened at the intersection of Pacific Coast Highway and Knob Hill Avenue shortly before 6 p.m., according to an MTA spokesperson.

Police said a city bus was traveling southbound on the right-hand lane on PCH when the victim, who was riding bikes with a friend, entered the traffic lane.

The 13-year-old, who was not identified by police, died at the scene, and her friend was not struck, police said.

"Not sure if they were going to try and cross the lane or maybe just came out into the right-hand lane and was going to go back up to the sidewalk, but unfortunately, the bicyclist was hit by the bus," said Lt. Shawn Freeman of the Redondo Beach Police Department.

Friends said the young girl had a caring personality.

As authorities continued to investigate the scene, Redondo Beach police said there was no indication the bus driver did anything criminal.